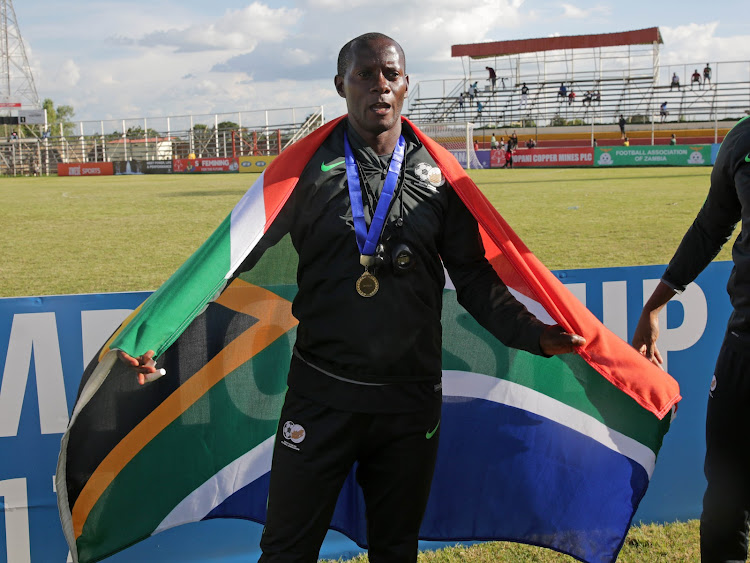 Helman Mkhalele is in charge of the SA Under-20 national men's team on an interim basis.
Image: Chris Ricco/BackpagePix

Amajita interim coach Helman Mkhalele says his charges are ready to defend their title at the Cosafa Under-20 Championship starting in Zambia on Wednesday.

Speaking ahead of the team’s departure to Lusaka on Tuesday‚ Mkhalele said they ticked most of the boxes during their training camp in Johannesburg and they are in the right physical and mental state.

Amajita are in Group B alongside Lesotho‚ Madagascar and Mauritius at this year's regional tournament which will run between December 4 and 14 in the Zambian capital of Lusaka.

South Africa starts the defence of their title with a tricky clash against unpredictable Mauritius at the Sunset Stadium in Lusaka on Thursday afternoon.

“We are travelling today (Tuesday) and so we have no training session.

"We will have a video session to stimulate the minds of the players and a light session on Wednesday to make sure that all the dots are ticked.

“Physically and mentally we are ready for the tournament‚ we just need to go out there and perform up to the required standard.

"We are expecting a tough challenge from Mauritius."

Over the past few days‚ Mkhalele has overseen three practice matches where they won two and lost one.

He said those exercises have helped in boosting the player’s confidence.

“Players have shown confidence during our training matches‚ you could see that they are ready for any challenge that lies ahead and they know very well that representing the country is important‚" he said.

“The fact that we played and won two of the three practice matches that we have played will definitely help us with confidence because winning is a habit.

"This is the habit that is developing and they will take this confidence into the tournament.

"In one of the training matches against Baberwa FC‚ we were able to play at high intensity and under pressure and they responded positively.

"They played for 90 minutes and that was another pleasing factor.

"The purpose of our training and preparation camp is to make sure that we build a strong mentality among the players.

"For them to come back from 1-0 down against Baberwa and end up wining the match shows that they are strong mentally.

"When we took the lead‚ they managed the game very well and they are improving in that department.

“I am happy with the progress that they are showing as a team.

"Having said that‚ we are mindful of the challenges that we are going to be faced with at the tournament because we are defending champions and we are the team to beat.