Pitso feels this time he can win at Wydad 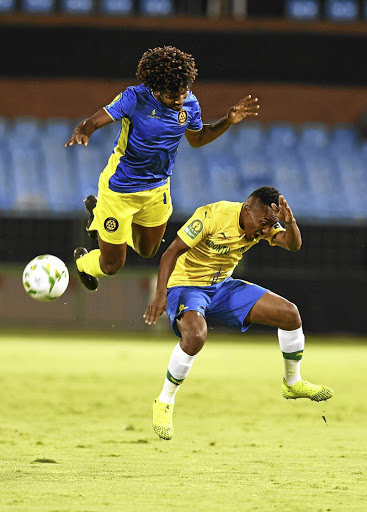 Wydad Casablanca have been a thorn in the flesh of Mamelodi Sundowns for the past three years but this time around the SA champs may have found the right formula to pluck out that splinter once and for all.

Sundowns fly out to Morocco today for their CAF Champions League clash against Wydad on Saturday [9pm].

The two teams have a growing rivalry that has seen them face each other eight times since 2017.

Wydad have had the edge with four wins while Downs have won twice with two games being drawn. However, Downs are yet to taste victory in Casablanca.

"I just cannot crack it there. It's tough there, we haven't won or drawn against them there. We will try again, it means we haven't tried enough," Sundowns coach Pitso Mosimane said.

"Maybe this time we can do it. They are stubborn, that team. They know how to play. They are very experienced."

The 2016 African champions got their Group C campaign off to a flying start after hammering Angolan club Petro de Luanda 3-0 in Pretoria on Saturday evening.

Strikes from Mauricio Affonso, Motjeka Madisha and Sphelele Mkhulise secured the points. Downs are now top of the group after Wydad drew 1-1 with USM Alger.

"It's good for us that we the got the maximum points, it gives us an advantage. We stay there at the top of the group. We must make sure Wydad don't get full points against us. A draw will keep them on two points," Mosimane added.

In Affonso, the team have a dominant goal-getting striker who will trouble the toughest defences in Africa.

"He is the kind of a player for the Champions League. He will do the battle for us and we hope he nicks in one from a cross," the coach said.