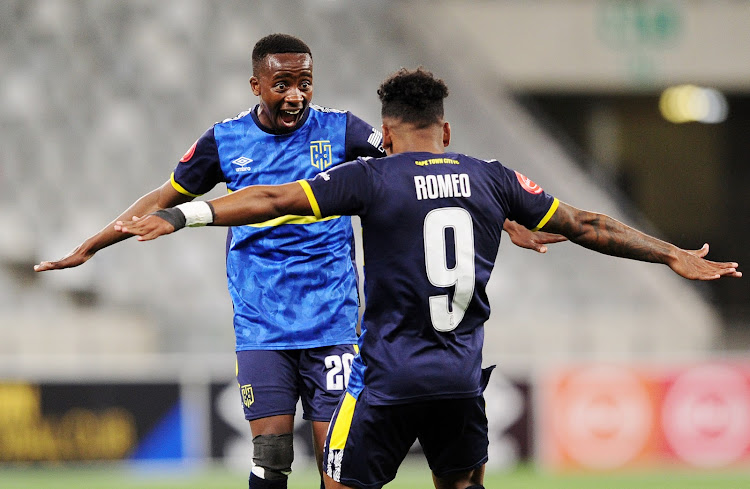 New Cape Town City coach Jan Olde Riekerink believes there is much he can do with the struggling club after seeing the player potential at the side.

But on the evidence of yet another winless outing for the club‚ it would appear that is not going to be an overnight trick.

“I don’t know of any coach who has gone into the changeroom and taken off his hat and pulled a rabbit out of it‚” said the Dutchman after making his home debut on Saturday night as City played out an easily forgettable goalless draw with Highlands Park.

“Coaches are not magicians,” he said.

It was his second game in charge after another goalless stalemate at Bloemfontein Celtic on Wednesday.

At least City have managed to keep two clean sheets‚ after conceding 20 goals in the previous 11 games to make them the leakiest side in the league.

“I can see where we need to work to improve but I feel I can do something with this team‚” he insisted.

City sit on a paltry 13 points from 13 games‚ sitting precariously just above the relegation zone‚ after being up among the contenders for the last two seasons.

Olde Riekerink‚ according to club insiders‚ has instilled a strict regime with two training sessions daily and a host of rules that the team have to follow.

He wants to also see more discipline on the pitch.

“We need to play in a structure but one that offers the ability to be creative‚” he said‚ making it clear he wanted to best use the energy of Thabo Nodada in midfield‚ for example‚ by freeing him up from defensive tasks to work more at trying to prise open opposing defences.

“I believe in individual qualities but playing together.

"We need the basics first‚ but we can work on that.

"We can concentrate on the creativity once we know the basics.”

He said an element of timidity to City’s play on Saturday night was to be expected with a change of coach.

But the home team finished the game surprisingly stronger than Highlands‚ who have the reputation as the fittest team in the league.

The additional training is beginning to show.

“I enjoy working with them every day on the training pitch‚” the experienced 56-year-old coach‚ previously at Ajax Amsterdam‚ Galatasaray and FC Porto‚ added of his new charges.

“The attitude is fantastic.”

Mamelodi Sundowns’ form is gaining steam‚ and they are beginning to utilise their full squad to contend with a hectic schedule‚ Brazilians coach ...
Sport
2 years ago