Middendorp on Ngezana: 'I wondered why he did not take his undershirt off too' 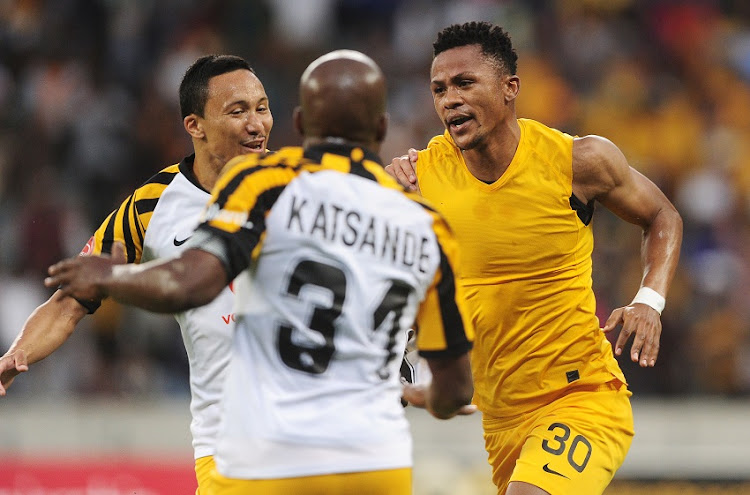 Siyabonga Ngezana of Kaizer Chiefs celebrates after opening the scoring during the Absa Premiership 2019/20 game between Stellenbosch FC and Kaizer Chiefs at Cape Town Stadium on 27 November 2019.
Image: © Ryan Wilkisky/BackpagePix

Ernst Middendorp is known as a disciplinarian coach‚ but has decided to come down easy on defender Siyabonga Ngezana for getting himself booked for taking his shirt off in celebration of Kaizer Chiefs’ opening goal against Stellenbosch FC on Wednesday.

Middendorp said a more senior player would have had a sterner reprimand‚ but he could understand 22-year-old Ngezana’s excitement heading in the opener in Absa Premiership leaders Chiefs’ 4-0 win at Cape Town Stadium.

The coach said this was more so in the context of the player returning from the high of the South Africa Under-23s’ heroic penalties victory against Ghana in Cairo on Friday night to reach the 2020 Tokyo Olympics‚ and putting in a storming performance for his club.

Asked if he had reprimanded Ngezana for his booking‚ Middendorp said: “No – everybody is equal‚ but some people have to take more responsibility.

“And I am very clear – if [experienced striker] Samir Nurkovic did this I would have a serious talk with him.

“But a player in this excitement‚ in this enjoyment – I was wondering why he did not take his undershirt off too.

“Let him enjoy it. OK‚ he got his first yellow card for it. But‚ OK‚ he knows it’s not a new rule for him.

“We will have a short chat about it. But not in a way that I will make a big thing about it‚ no.”

Middendorp seems to have found it harder to reprimand Ngezana given what the coach said after the game should have been a man-of-the-match-winning performance. Nurkovic‚ who scored a brace‚ received that plaudit instead.

“I was quite convinced [by Ngezana’s performance]‚ especially not having seen him‚ and I think he didn’t play all the games‚ but he had some competition over there being part of the success of the U-23s‚” the coach said.

“And I was aware about it. I need this type of aggression‚ this type of winning mentality in these one-against-ones at the back.

“He came back immediately [to training] on Monday morning and I was aware he was tired from coming back [from Egypt] from Saturday to Sunday.

“He managed it in a really extremely excellent way‚ contributing and being part of the team as we have seen on Wednesday.”

Middendorp won the Absa Premiership’s Coach of the Month award‚ and Amakhosi goalkeeper Daniel Akpeyi Player of the Month‚ for September/October at the PSL offices in Parktown on Thursday.