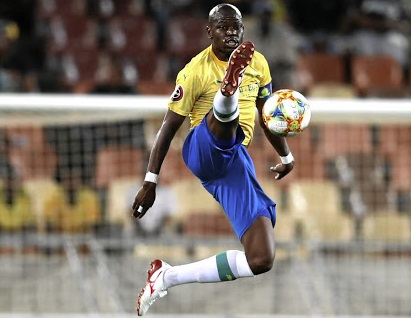 Mamelodi Sundowns are about to begin the treacherous CAF Champions League journey that will be so demanding this year that they will spend Christmas in camp in Algeria, miles from home.

The 2016 African champs will kick-start their continental campaign against Angolans Petro Luanda in a Group C clash at Loftus Versfeld tomorrow (9pm).

Downs have been yearning to get back to the pinnacle of African football and earn the right to compete at the prestigious Fifa Club World Cup.

"This is the stage where, as a team, we strive to be every season at Sundowns. It must be a norm for people to see us every season," Downs skipper Hlompho Kekana said.

"We are experienced campaigners now in CAF football and we are better prepared and equipped to compete. As a team we have learned from our experiences, from the past so we will give it our best shot.

"Last season we made it to the semifinals and it was very disappointing but we want to get back there and perform even better."

Sundowns labour to 1-0 win over Usuthu.
Sport
2 years ago

Sundowns were knocked out of the tournament by Moroccan giants Wydad Casablanca in the semis.

Back then, they relied on midfielder Lebohang Maboe for goals. They have beefed up the attack with towering striker Mauricio Affonso, while Ali Meza has found form.

Kekana concedes that the squad is strong in all departments this time around. "We are looking good at the moment. Irrespective of who plays we are good enough to compete against any team. I am excited about the upcoming games and getting back to the Club World Cup."

Downs coach Pitso Mosimane has urged his team to win their home games to almost be certain of a place in the next phase.

"They are big boys and very strong in terms of physique. They are combative and aggressive," he said.

"We need to win our games at home. If we don't win at home do you think we will win in Angola? So we must do well at home."

Downs will play six matches in three competitions from tomorrow until December 27: three CAF fixtures, the Telkom Knockout final on December 14, and league matches on December 17 and 21.

Meanwhile, Bidvest Wits will take on Guinea's Horoya in the CAF Confederation Cup at Dobsonville Stadium on Sunday (6pm kickoff).

Downs coach says it's not worth it to risk midfielder against Angolans.
Sport
2 years ago

Angola side Petro Atletico brace for massive game against Sundowns

Mamelodi Sundowns may have been blowing hot and cold in recent matches but there is no doubting the form of their CAF Champions League opponents on ...
Sport
2 years ago