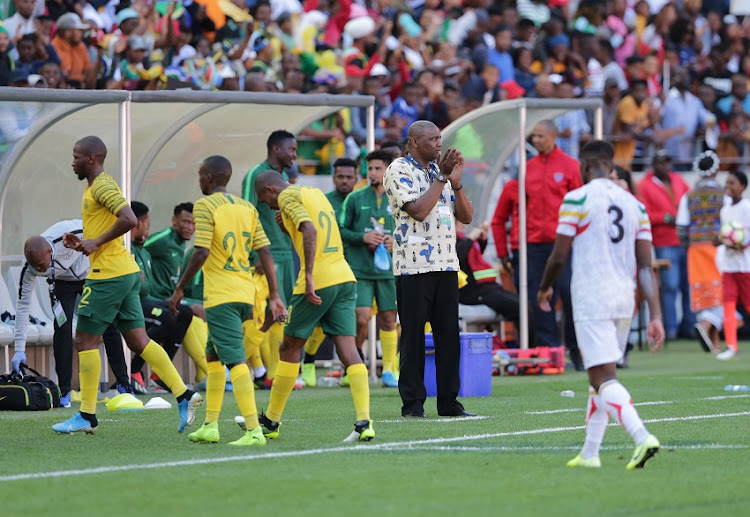 Bafana Bafana will discover their pathway to a potential World Cup finals place in 2022 early in the new year but SA's poor ranking will guarantee a tough task in the bid to qualify for Qatar.

The draw for the group phase of the African qualifiers has now finally been set for Cairo on January 7‚ where Bafana will be among 40 teams to be drawn into 10 groups of four.

Fifa rankings will be used to determine the seedings and given that Bafana are outside the list of the top 10 teams on the continent‚ despite a quarterfinal place at the Africa Cup of Nations finals in Egypt earlier this year‚ they will not be in the top tier.

It means they have a strong chance of being paired with one of the continent’s form teams‚ which will make qualifying for the World Cup finals tough indeed.

Bafana are the 13th best African team according to the latest Fifa rankings‚ where they sit in 72nd place.

South Africa were spared having to play in September’s preliminary round where the bottom 28 countries in the Fifa rankings played a knockout duel over two legs.

The 14 winners advanced to join the top 26 countries on the continent.

Now they are to be paired into 10 groups of four with only the group winner advancing to a final round of playoffs to determine Africa’s five place at the finals in Qatar.

The group phase of the World Cup qualifiers begin as early as the next international break in March‚ leaving new Bafana boss Molefi Ntseki little time to study their first opponents.

South Africa will be participating for the eighth time in World Cup qualifiers‚ which includes the 2010 event which the country hosted.

South Africa played in the qualifiers despite already being in the final field as hosts.

That was the last time Bafana went to the World Cup‚ having first qualified in 1998 in France and again four years later in Japan and South Korea.