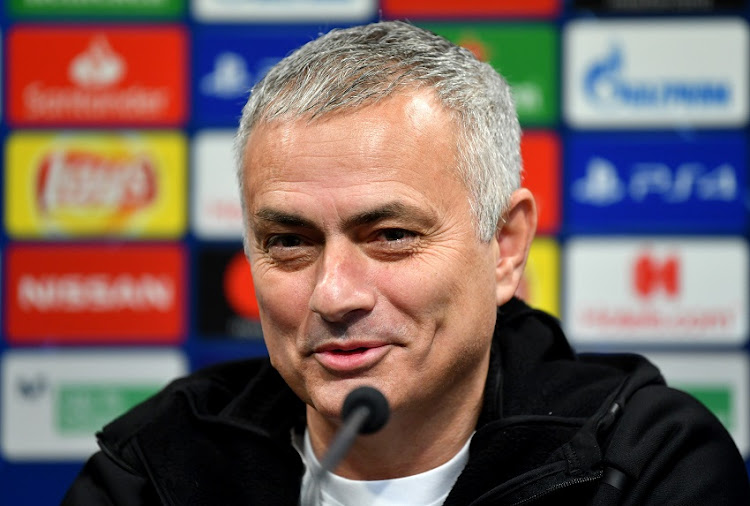 London — Jose Mourinho has reinvented himself several times during his successful managerial career at some of Europe’s biggest clubs and has always demanded the spotlight but the new Tottenham Hotspur manager was a picture of humility on Thursday.

Holding his first news conference at the north London club’s sparkling new training ground after replacing Argentine Mauricio Pochettino, who was sacked on Tuesday, Mourinho could not stop smiling.

“I am in a period where it’s not about myself at all; it’s about my club, the fans, the players — it’s not about me. I’m just here to try to help everyone,” he said, adding he would not make big changes to a squad he was delighted to inherit.

“I hope I can influence the players to not be happy without winning football matches. If you are happy by losing football matches it’s difficult to be a winner in any moment of your career,” added the former Manchester United and Chelsea boss.

He has a job on his hands at Spurs who have slumped to 14th place in the Premier League and were thrashed 7-2 at home by Bayern Munich in the Champions League last month.

“People who work with you have to learn how to share your principles,” Mourinho said. “I have principles that I will keep for the rest of my career and that I cannot change. One of these principles is I don’t like to lose,” said Mourinho who has won 20 major titles.

Tottenham have only won 17 major trophies and last lifted the league title in 1961 when they won the double. Their last silverware was the 2008 League Cup.

Known to Spurs supporters as “Mr Chelsea“, the Portuguese was asked how he could win over the club’s followers after a mixed reception to his appointment, especially after the much- loved Pochettino had been unceremoniously shown the door.

“I’m not Chelsea, I’m not United. I’m not Real Madrid. I’m not Inter. I’m all of them. I gave everything to all of them and that’s what I’m going to do here — give absolutely everything.”

The 56-year-old Mourinho, who dubbed himself “a special one” when he breezed into Chelsea 15 years ago, said he had taken a long, hard look at himself during his 11-month absence from the dugout during which he worked as a TV pundit.

“I’m humble enough to try to analyse my career, not just the last year. The evolution, problems, solutions. The principle of the analysis was not to blame anyone else,” he said.

Spurs fans will hope the wiser, happier Mourinho can turn their dreams into reality by bringing trophies to the club — something Pochettino failed to do in 5-1/2 years.

His target is to get Tottenham back into the top four — which Pochettino had achieved for the past four seasons — and to go far in the Champions League again after losing to Liverpool in this year’s final in Madrid.

Reminded that the club’s motto is ‘To Dare is To do’ Mourinho was asked if they could win the domestic title.

“We can’t win the Premier League this season — we can win it next season,” he said.

Mourinho may be more humble but he is just as ambitious.