Notoane only has eyes for Egypt now 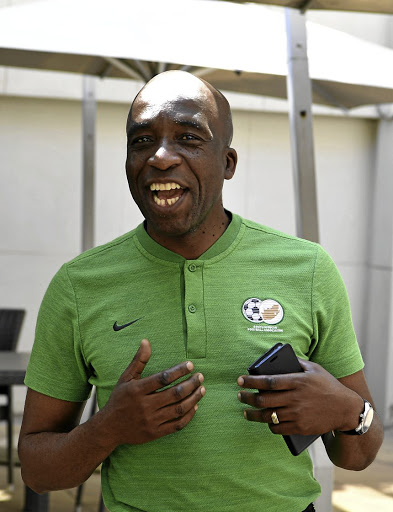 SA Under-23 coach David Notoane could not hide his delight after his side qualified for the semifinals of the Africa Under-23 Cup of Nations on Friday, and says he will only worry about which players he may lose for a potential decider later on.

SA played to a 0-0 draw with Nigeria to get the point they needed to advance to the knockout stages, where they will meet hosts Egypt tomorrow.

"We are happy that we got the result we wanted, which was first to qualify for the next round with a draw or to get the win. Naturally, we wanted to win the game," Notoane said.

"In the first half we came quickly out of the blocks. We had big a chance early in the game with a counterattack but, unfortunately, the decision-making in the final third throughout the whole match was not spot-on.

"We were able to handle the threat of the balls into the box and the set-plays.

I am happy for the hard work the boys put in against a side that was pushing us for the full 90 minutes."

Egypt are the only side to have advanced to the semifinals with a 100% record, though they have not looked convincing despite the wins.

"We have to go dust ourselves off, refresh and regenerate mentally and physically, and we will then worry about Egypt," said Notoane.

South Africa coach David Notoane could not hide his delight after his side qualified for the semifinals of the Africa Under-23 Cup of Nations on ...
Sport
2 years ago

"We knew there was a possibility to play the home team and we will prepare against a very tough opponent.

"We know what the senior team had done at Afcon and we can draw inspiration from the result. We have a job to do. There is a lot of emotion that will come into the game. We have a dream to qualify for the final and the Olympics."

Notoane knows he will have his full squad - barring injury - for the semifinal with Egypt, but once the Fifa international window closes on Wednesday he could lose a number of his top players to their clubs.

This would affect either a final appearance or a bronze-medal match, which SA would need to win to earn a spot in the top three and book a place at the Tokyo 2020 Olympics.

"At this point I can't confirm for sure that the players who are here will still be here at the end of the Fifa break, but what I know is that I will have them for the semifinal against Egypt, so I will worry about whether they are going or staying after we have done our job against Egypt," Notoane said.