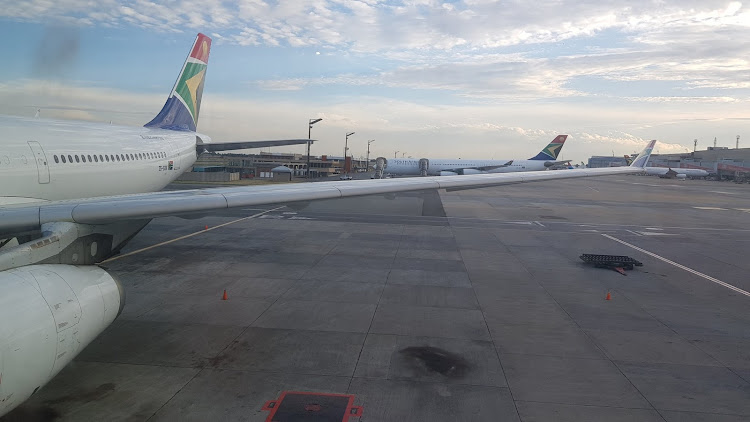 Bafana Bafana head back to South Africa from Ghana as their South African Airways (SAA) flight from Accra left as scheduled on Friday.
Image: TWITTER/BAFANA BAFANA

Bafana Bafana are on their way back from Ghana as their South African Airways (SAA) flight from Accra left as scheduled on Friday.

Bafana face Sudan in a 2021 Africa Cup of Nations qualifier at the Orlando Stadium on Sunday‚ a short turnaround from their 2-0 loss to the Black Stars in Cape Coast on Thursday.

There had been fears that they may be stranded in Accra due to the two-day strike by SAA workers that has grounded much of the airline’s fleet and left passengers stranded in various cities.

But SAA’s aircraft that were outside of the country overnight have all returned to their South African base on Friday‚ including the one carrying the national football side‚ which had originated in the United States capital of Washington before making a stop-over in Accra.

It left just three minutes behind schedule at 11.38am South Africa time and is due to land at OR Tambo International Airport at 5.25pm.

Had the flight been grounded it would have made it nearly impossible for Bafana to honour their fixture with Sudan‚ which would have had to have been moved to later in the international window.