SA have a date with destiny against familiar foe Nigeria 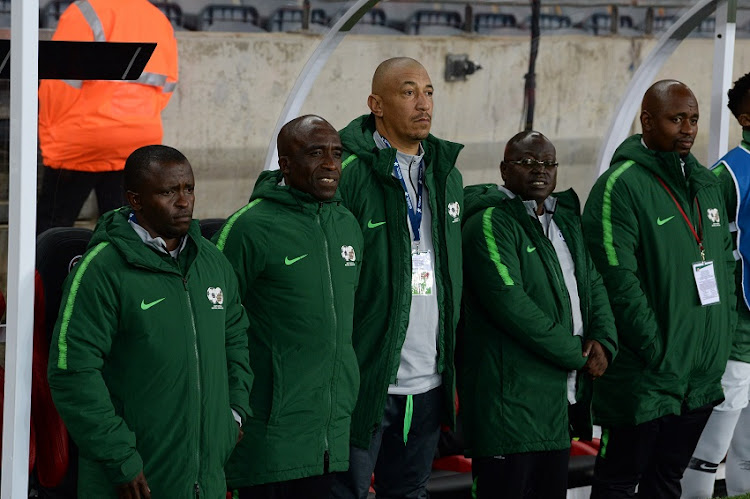 South Africa have a date with destiny against a familiar foe on Friday when they tackle Nigeria in their final Group B game at the 2019 Africa Under-23 Cup of Nations‚ needing just a point to advance to the semifinals and stay on course for the 2020 Tokyo Olympic Games.

It is an age-old battle that has seen the two clash at all age-group levels‚ with the Nigerians coming out on top more often than not.

If coach David Notoane’s side lose‚ they will have to reply on Zambia beating Ivory Coast‚ and then goal-difference‚ to book a semi-final spot.

Instead they will want to do the job themselves and having yet to concede in the tournament‚ midfielder Teboho Mokoena is hopeful they can keep Nigeria at bay to get‚ at the very least‚ the point they need.

“Nigeria have a great side‚ we need to focus again and go with the same mentality‚” he said.

Mokoena’s stunning free-kick against the Ivorians in their last game‚ a 1-0 win on Tuesday‚ has put South Africa into pole position in the pool.

He is not the team’s designated free-kick taker‚ but says he has been taking lessons from Barcelona star Lionel Messi and felt he could take on the responsibility‚ which he would not hesitate to do again against the Nigerians.

“It was my first free-kick goal in my career. I am starting to master the technique‚ I have been taking free-kicks (in training) and hitting the target‚” he said.

“I have been watching (Lionel) Messi‚ one of the goals he scored a few weeks back‚ he walks before he takes the free-kick‚ he does not run. I am trying that too‚ because I find that if I run‚ I don’t feel that well balanced‚ but if I walk … it is the first time I tried that technique and it worked.

“When I got there (to the ball) I said‚ ‘let me take it’. I felt confident that I would score.”

Most of Nigeria’s squad is based abroad with their star man up front undoubtedly Taiwo Awoniyi‚ who is on the books of Liverpool but has been loaned out for the last five seasons and is currently in Germany with Mainz.

He is one of a number of players in the squad that lifted the 2015 Africa Under-20 Cup of Nations.

The top two teams in each pool advance to the semifinals‚ while the finalists and bronze-medal winners will book their place at the Olympic Games next year.