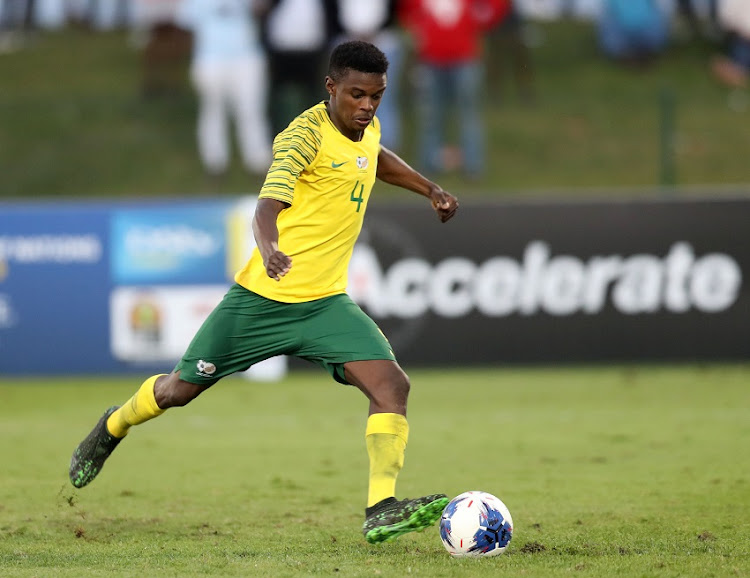 David Notoane has revealed that Teboho Mokoena was not on free-kick duty against the Ivory Coast‚ but stepped up to score a brilliant winner from 35-yards to secure a precious 1-0 victory over Ivory Coast in their Africa Under-23 Cup of Nations Group B clash on Tuesday.

The victory propels South Africa to the top of the pool and a point against Nigeria on Friday will secure a semifinal berth as they hunt their ultimate goal – qualification for the Tokyo 2022 Olympic Games.

The game had been deadlocked until the 79th minute after both sides spurned chances‚ before Mokoena stepped up and launched a fierce free-kick into the top corner.

“But Mokoena … when a player feels‚ when he has that mojo‚ that maybe it is the one for him‚ you withdraw as a coach. But of course‚ if it didn’t work out‚ you go back and you analyse and find out what happened. We have to be flexible.

“We prepare‚ we do set-plays in training‚ we decide who kicks and who goes where. But sometimes you have to give the players the opportunity to react to how they see the game.”

Notoane felt his side should have been in front before that‚ and they almost paid for some wastefulness in front of goal.

“We are happy to win‚ to get the first three points in the tournament in a very tough match against a very good opponent‚" he said.

“It was a tactical game‚ physical game‚ so at the end of the day‚ it was going to take a special moment to determine the result.

“They had their chances‚ but we prepared well and tried to press them high. You saw in the first 10-15 minutes‚ we had two opportunities from pressing their keeper and the centre-backs.

“Lyle Foster could have scored‚ if not both‚ then maybe one‚ but then the game became a little bit nervous. We expected the long ball from them to the striker‚ which was difficult for our boys but we handled it well.

“It was not the best performance from us in terms of the football we want to play‚ but in a tournament it is very important to get the three points‚ then we see what happens. Now the group is open for anybody to take.”

Notoane admits he would have taken a point as the game wore on‚ which would have likely left him needing a win against Nigria in their final pool match.

As it stands a draw will be good enough‚ with perhaps even a loss enough if Zambia and Ivory Coast draw‚ or the former claim the win.

“Tactical games are not the most fantastic games to watch‚ not free-flowing‚ but both sides created chances and in the end it came down to one moment of brilliance from Mokoena to score the free-kick.

“Would I have been happy with one point? Of course‚ because the game was going in that direction.”

South Africa need to finish in the top three at the tournament to seal a place in the Olympic Games‚ which would follow previous appearances for the side in 2000 and 2016.