Sundowns coach Pitso Mosimane: 'I can’t go to Germany because they won’t take me' 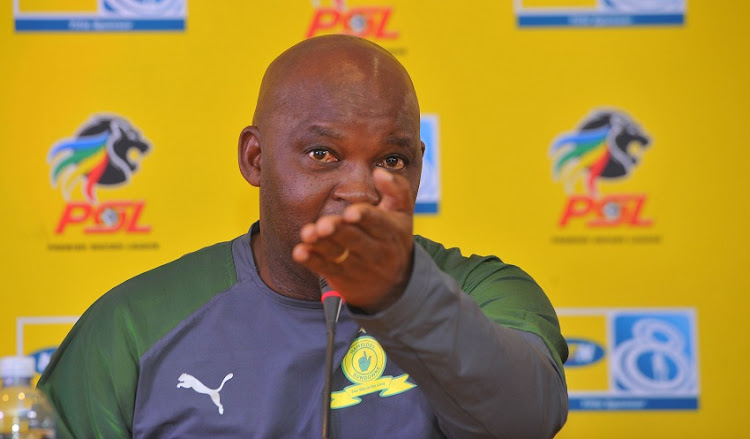 McCarthy was fired after a poor start to the season that saw the club win only one of their 11 matches in all competitions. The run included first round exits in the MTN8 and Telkom Knockout competitions.

“It is a sad one about Benni‚ I never saw it coming‚” said the forthright Mosimane.

“It is sad and you know that I always like to talk for local coaches because I am a local coach.

"I was very angry when Clinton Larsen was let off the job‚ I was not happy when Cavin Johnson was also let off.

"What has happened since they were let off their jobs‚ can you say there is a big difference.

“I speak for local coaches because as South Africans we don’t get the jobs when we go to Slovakia or Serbia‚ they don’t take us.

"I can’t go to Germany because they won’t take me.

"Our guys need to be given a chance.”

Mosimane insisted that McCarthy made a very good impression in the short time he was in charge at City.

“The guy is two years in the PSL and he has already won a cup‚" Mosimane continued.

"I talk on the side of the coaches because team owners will say you haven’t won a game in the last seven games but he drew here and there.

"Do you want to make a research and check the number of coaches in this country who have been coaching for more than ten years and haven’t won a cup competition?

"In two years he (McCarthy) has won a cup‚ give him a chance.

“There are coaches who are here‚ what have they won?

"I have been given a chance and I have won in Africa.

"I can show that little bit of something that local coaches can do.

"Steve (Komphela) was let off the job at Kaizer Chiefs‚ but was there a difference last year because he was third when he was taken off his job? Where did they finish.”

Mosimane said he was surprised when he saw how seriously McCarthy took his coaching job.

"I never thought that Benni would take coaching this serious to be honest.

"But he really came out and took it to another level.