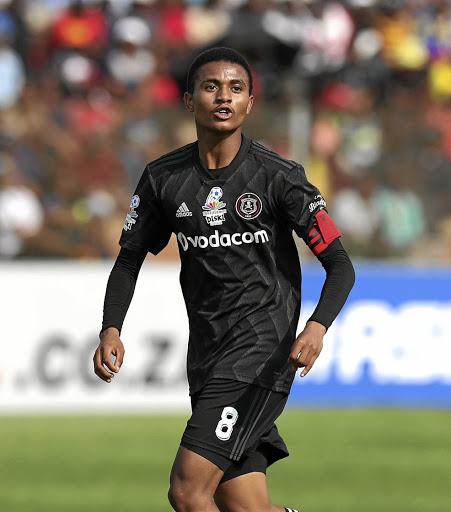 Just a year after being named as "one of the 60 best talents in the world" by UK publication The Guardian, Orlando Pirates teenage midfielder Augustine Mahlonoko has surprisingly dropped to the third tier of SA football.

Mahlonoko, 18, was seen by some as the next big star, especially when he became the youngest Bucs player to make his professional debut at 16 years and 352 days, in the club's 1-1 draw against Highlands Park in the opening game of the 2018/2019 season.

Yet he made only two appearances after his breakthrough and the Sea Robbers have shipped him out on loan to their feeder team Pele Pele, in the ABC Motsepe League.

While many view the teenager's loan switch as a downgrade, his former coach at the Bucs academy, Augusto Palacios, believes Mahlonoko will benefit from the move.

"Mahlonoko is a quality player, big, big talent and a great midfielder. He will learn a lot at Pele Pele. Remember Lyle Foster [the Bucs striker who was sold to French club Monaco in January] and Thabiso Monyane [a versatile defender who's impressing in the first team] also used to play for Pele Pele," Palacios said.

"I mentored this boy [Mahlonoko] when he was very young. He's a very disciplined boy and I have no doubt he will be back playing regularly in the first team next season."

Palacios implied that the reason Mahlonoko struggled to command a starting berth in the top flight was his lack of focus. "The boy was just 16 years and it's not easy to focus on playing football at that age."