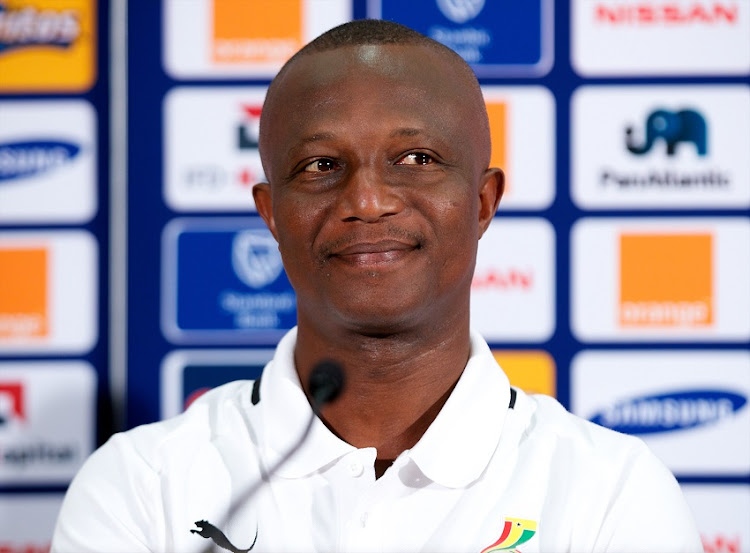 Bafana Bafana start their Africa Cup of Nations qualification campaign away in Ghana on Thursday and come up against a Black Stars side that is facing something of a crossroads and under considerable pressure.

The west African side was ousted from the recent Nations Cup finals in Egypt in the second round by Tunisia‚ albeit on penalties‚ but had flattered to deceive before that with draws against Benin (2-2) and an out of sorts Cameroon (0-0).

Their victory against Guinea-Bissau (2-0) in their final pool game is their only win in their last six internationals‚ while the side has not played a full international since the defeat to Tunisia‚ sitting out the September and October FIFA International windows.

Such has been the disillusionment among some sections of support‚ the Ghana Football Association has embarked on a campaign called “Bring Back The Love” aimed at rallying fans behind the team.

It has left coach Kwesi Appiah feeling the heat and facing questions from the media and fans as to whether he is the right man to lead the side.

He remains defiant‚ but will be desperate to avoid a home loss to Bafana.

“I always do the best I can even though I may not be the best‚ but I think when given the chance I always make sure I prove a point‚” he told reporters.

“I personally think we didn’t disgrace ourselves totally at the last Afcon but that was not the objective of every Ghanaian‚ especially when we wanted the cup.”

Appiah has been criticised for his squad selection ahead of the Bafana clash‚ and his refusal to give reasons for his picks to the media.

"I have fielded this question on numerous occasions from people but whether it’s me or any other person‚ as a national team coach if you organise a press conference to explain reasons why you did not call Player A or B‚ you may be a liar at some point because you can’t keep on repeating same thing every time‚" he said.

Appiah has decided to bring in local coach Charles Akunnor to bolster his technical team for the qualifiers‚ a move that surprised some in Ghana as it is perhaps an admission that he needs assistance.

“He has coached some of the biggest clubs in the country and I also believe that many coaches should be given the opportunity to be with the national‚ especially knowing that I may not be in the position forever‚” Appiah explained.

The coach has also had to contend with injuries and paperwork issues that have forced Harrison Afful‚ Mubarak Wakaso and Mohammed Salisu (all injuries) to withdraw from the squad‚ and Christopher Antwi-Adjei to sit out with a passport problem.

Hearts of Oak captain Fatawu Mohammed and Belgian-based Gideon Mensah have been called as replacements.