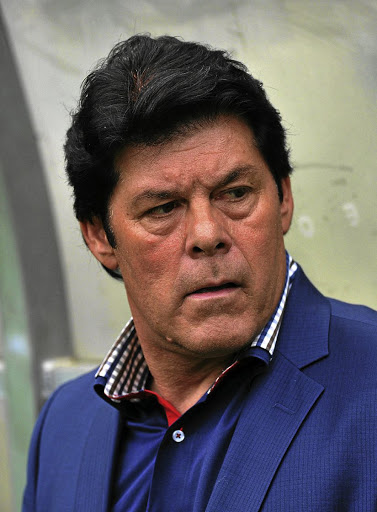 Black Leopards coach Luc Eymael believes the talented Lesedi Kapinga can become one of the best players in the country.

Kapinga powered Leopards to a 2-1 win over Cape Town City with a stunner of a Aubrey Modiba goal on Sunday.

The victory underlined the team's revival since the Belgian took over in September. Lidoda Duvha are now 11th on the standings with 12 points.

"He is my son that one. You know I have two daughters, he is my son. He is a very good player," Eymael raved about Kapinga.

"Sometimes he is too relaxed and casual at training, but if he can learn a bit about my mentality and have the necessary hunger. If he can learn that, he will go far."

Under pressure Polokwane City coach Zlatko Krmpotić has suggested that he only has “12 or 13” players who can help the side repeat their top eight ...
Sport
2 years ago

Eymael has stabilised the situation in the team and has guided them out of the tail-end.

With the team gaining momentum, the coach wants to work more on the form of top striker Mwape Musonda which he feels must improve.

"He can score a fantastic goal from nowhere and can miss a big chance also. We are working with him on his finishing especially," he said.

"With the chances he has had since I've been here, he should have scored five goals. Against Celtic, Sundowns, SuperSport and now City..."

Leopards will face Chippa United on November 27 in Port Elizabeth. Eymael applauded the win over City that has given them confidence going forward.

"We knew that if we win, we could move up to position 11 on the table. It's not far from position seven in the league. The league is very tight and it's a good boost before we travel to Chippa United for the next game after the Fifa break."

Phala to return to SuperSport

Baroka coach Wedson Nyirenda admits that he has been placed in a very difficult position after being offered the job to take charge of the Zambia ...
Sport
2 years ago

Black Leopards captain Thabo Matlaba has revealed that there was confusion at Ludoda Divha during the short-lived reign of former coach Lionel ...
Sport
2 years ago
Next Article