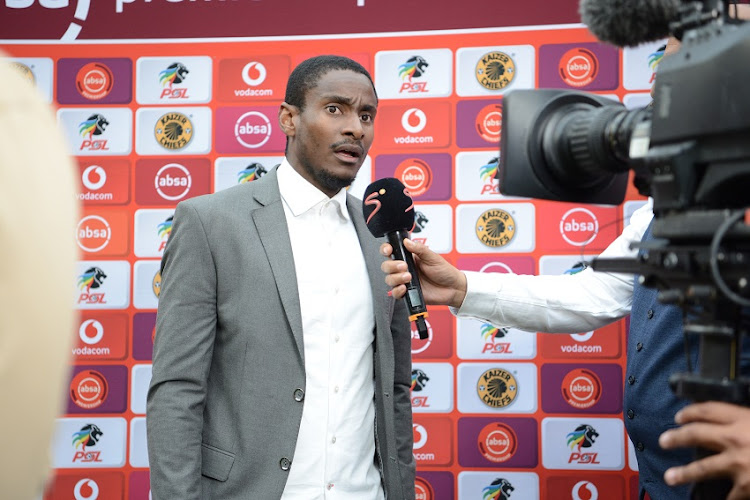 Orlando Pirates coach Rulani Mokwena has dismissed suggestions that his charges struggled to cope with Kaizer Chiefs' aerial strength in their 3-2 defeat at the FNB Stadium on Saturday.

Mokwena preferred to shower his counterpart Ernst Middendorp with praise instead after Chiefs exploited the vulnerability of their full-backs during the heated Soweto derby.

“I’ve got a lot of respect for the opposition coach (Ernst Middendorp)‚” said the Bucs coach.

“I think he pays attention to detail.

"The team is well coached and you could see that plan (to use their aerial strength) was there.

“The reality is that the aerial balls were not just coming into the centre corridor.

"They were actually coming on the overloaded side on the right because they had qualitative superiority."

Chiefs dominated the aerial balls‚ with strikers Leonardo Castro and Samir Nurkovic winning almost everything in the air‚ especially in the first half where Middendorp's took a 2-0 lead inside the first 30 minutes.

The Bucs brought themselves back into the game through Vincent Pule’s free kick six minutes before the interval.

But Mokwena refused to accept that there was a lack of balance in the centre of the defence where he had Ntsikelelo Nyauza and Innocent Maela playing in the absence of suspended skipper Happy Jele.

“So obviously even if you talk about Happy (Jele’s absence)‚ no it’s in that (centre) where we were struggling with aerial balls.

“It was in the full-back positions and you could see the plan in the second half.

“Once they took off Castro‚ Nurkovic went to try and gain qualitative superiority on Paseka Mako on their right hand side and on our left.

“But that is how football is.

"It’s a game of chess‚ you read some of the things and you read movements and plan and you try to come with solutions to be able to deal with that.

“You can’t stretch the player and make him taller but you can maybe make adjustments from the midfield to put a bit more screening and a bit more protection.

“So‚ no I don’t think the centre-backs lost a lot of duels.

"I think the duels were more from diagonal balls that were well created and you see that it’s a coach's plan.

“So that you can credit the coach for.”