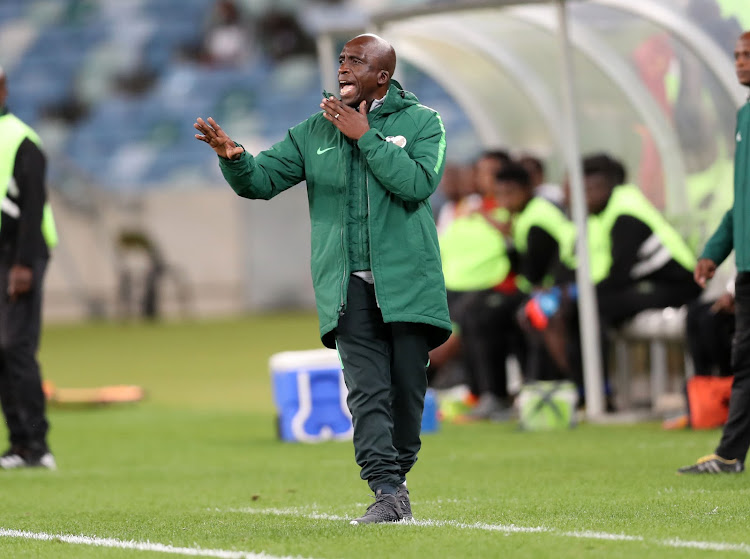 South Africa coach David Notoane was left to rue a lack of quality up front after his side were held to a 0-0 draw by regional rivals Zambia in their opening game of the Africa Under-23 Cup of Nations in Cairo on Saturday.

Both sides created enough goalscoring opportunities to have won the game‚ but a lack of a clinical edge in the opponent’s box cost them the chance of three points.

South Africa were missing their two key attacking weapons in Lyle Foster and Luther Singh‚ who were both in action for Cercle Brugge (Belgium) and Moreirense (Portugal) respectively on Saturday‚ and will now link up with the squad during the FIFA International window.

“Tactically‚ both coaches were trying to win the game and make sure we got the goal to give us the three points. For us‚ and Zambia as well‚ we lacked a little bit of intelligence and awareness of the moment‚ due to the absence of certain players‚” Notoane admitted.

“It was a fair result‚ an enjoyable game‚ unfortunately no goal‚ but we keep those for the next two games.”

South Africa are next in action on Tuesday against Ivory Coast‚ who beat Nigeria 1-0 on Saturday in a surprise result in the other Group B game.

Notoane’s side will finish their pool play against the Nigerians on Friday‚ and with two tough matches to come‚ would have been targeting three points against the Zambians.

But he admits there is no point in crying over spilt milk.

“My opinion is that the tournament would have been better on the FIFA calendar‚ then we would not have the problems of teams releasing players‚" he said.

With a depleted squad, it's fair to say it'd take a miracle for the SA Olympic team to do well at the Under-23 Africa Cup of Nations (Afcon), ...
Sport
1 year ago

"But that is the calendar‚ there is nothing we can do about it‚ we are coaches and we must prepare with the best material available."

Saturday’s match was officiated by a team led by referee Salma Rhadia Mukansanga‚ with Notoane praising the Confederation of African Football (Caf) for their initiative to promote female officials.

“It doesn’t matter who is refereeing the game‚ as long as it is a qualified person‚ a knowledgeable person who can handle the pressure of the game.

"It was a fantastic job from CAF in terms of the appointment. I would give them 10/10.”

Zambia coach Beston Chambeshi‚ who was also missing a number of overseas-based stars‚ was also satisfied with the point in a tough encounter.

“It was very competitive and very entertaining‚” he said.

“South Africa and Zambia is like a local derby‚ so it was never going to be an easy game. We played very well‚ it was a very tactical game.”