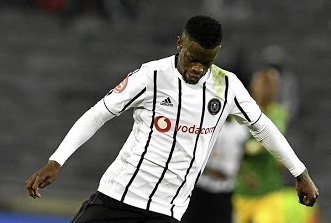 It's amazing how the Soweto Derby tables have turned. Last year this time, Kaizer Chiefs were in the doldrums under Giovanni Solinas and had turned into a laughing stock of local football.

Orlando Pirates on the other hand were flying high and showing great promise of ending their trophy drought.

A year later, the status quo has turned on its head and it is the Buccaneers who are struggling while Amakhosi are demonstrating the kind of ruthless form that once earned them the moniker "the cup kings of SA football".

Bucs defender Innocent Maela admits that the Chiefs of this season has been good.

"They have been really impressive. They are united and you can see it on the field because they are playing good football," Maela said.

Orlando Pirates came up short against traditional rivals Kaizer Chiefs after they were beaten 4-2 on penalties in the quarterfinals of the Telkom ...
Sport
1 year ago

"They have been able to do some things right and that's why they have had a turnaround. Chiefs and Pirates will always be giants of South African football."

Amakhosi demonstrated just how far they have come last week with their victory over Pirates in the Telkom Knockout quarterfinals. After an exciting 2-2 draw, the Naturena-based outfit secured a penalty shootout win. Maela admits that they still have a bitter taste after that clash.

"It was a huge disappointment, considering the way we played. Even when we were one man down we kept on pushing and deserved something from the match," he said.

The Sea Robbers will have a chance to avenge that loss in the league rematch at the FNB Stadium tomorrow.

With both regulars Happy Jele and Mthokozisi Dube suspended for the derby, the technical team will look to the rest of the defensive department that includes Maela to step up.