Can the Springboks inspire Orlando Pirates when they face rivals Kaizer Chiefs? 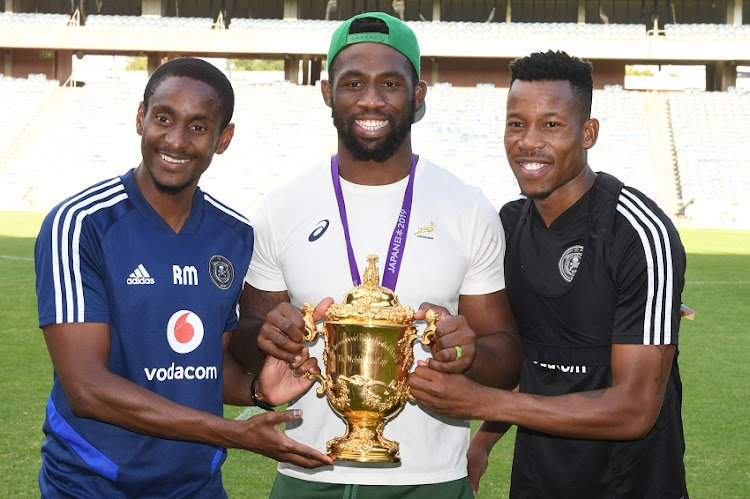 Can the Rugby World Cup-winning Springboks inspire Orlando Pirates to turn their fortunes around in Saturday's Soweto Derby against Kaizer Chiefs at the FNB Stadium?

That question will be answered at the weekend when the two sides confront each other in another installment of Southern Africa's most watched and heavily anticipated football match.

Unlike their high-flying gold and black neighbours‚ who beat Chippa United 2-0 in a league fixture in Port Elizabeth on Wednesday night‚ the struggling Buccaneers stuttered to a goalles draw against Maritzburg United.

Pirates were more than happy to welcome the World Champions at their Orlando Stadium lair in Soweto on Thursday afternoon and certainly need all the inspiration they can get from the three-time World Champions.

When the Boks were on the Klipspruit Valley Road en route to the Orlando Stadium pic.twitter.com/tMLuywDLPr

The stadium detour was part of the Rugby World Cup victory parade that started in Pretoria and ended in Vilakazi Street in Soweto.

When Kolisi came off the bus‚ he was warmly greeted by Jele‚ with the rest of the Pirates players forming a guard of honour in the cacophony and the organised chaos that took place at the stadium.

The team disappeared into the tunnel and fraternised with the Pirates players before Kolisi had a short engagement with City of Johannesburg mayor Herman Mashaba.

It may sound off the beat but when the Springboks won their first Rugby World Cup in 1995‚ Pirates became the first South African team to win a CAF title when they won the Champions League in the same year.

The trophy parade will resume in Durban on Friday.