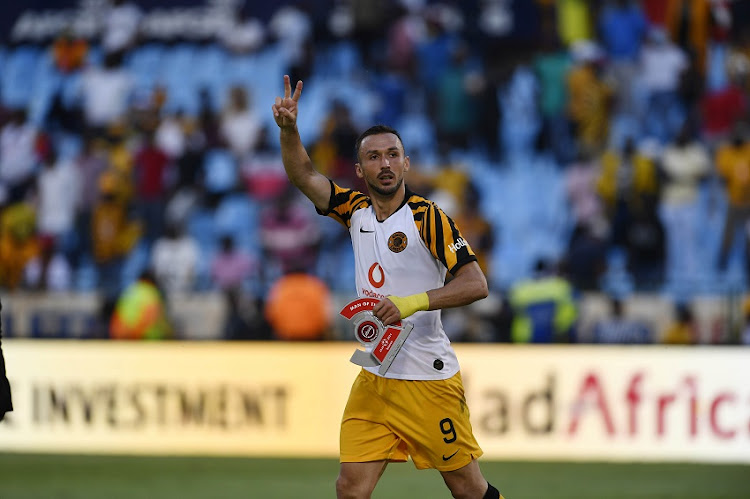 Kaizer Chiefs coach Ernst Middendorp has lifted the lid on the behind-the-scenes maneuvering that led to the signing of lethal Serbia-born striker Samir Nurkovic before the start of the season in July.

The 27-year-old Nurkovic has quickly endeared himself to the Chiefs fans and Middendorp said the striker's rise in South African football is no surprise after working hard to secure his signature.

“I had a lot of chats (with Nurkovic) in May already‚ using my networks (in Europe) and getting information‚” said Middendorp.

“He’s so full of confidence‚ so full of convincing contribution to discussions… how he would like play and to see where he is so far.”

“I felt that Castro and Billiat were a little isolated last season but Nurkovic has given them the space to play because he needs a lot of attention inside the box‚" he said.

“We had to check his style of play and compare it to what we had‚ and what we were looking for.”

Middendorp revealed that he used European scouts to find the kind of attacking player that Chiefs needed.

“I was helped by my network‚ which is something that I’ve established over the years in Europe‚” the German-born coach said.

“If I need information about a player in Poland‚ New Zealand or Slovakia in the second league where Nurkovic is coming from‚ I’m quite certain to get what I need.

“That’s how I manage to find Nurkovic and I’m not surprised by the way he’s adapted to playing in SA.”

Nurkovic’s league goals include the brace he scored against Mamelodi Sundowns in a top-of-the-table tie in Pretoria two weeks ago.

Chiefs struggled in front of goal last season and it was largely due to their inability to find the back of the net that led to an embarrassing ninth-place finish‚ and a paltry 33-goal return in the league in the previous campaign.

Nurkovic has already scored one cup and three league goals for AmaKhosi this season and is one of the main reasons that Chiefs are top of the log.

They have a five-point lead over second-placed Sundowns and have a chance to extend the gap when they visit Chippa United in Port Elizabeth on Wednesday night.

After the tricky midweek assignment against Chippa‚ they then turn their attention to traditional rivals Orlando Pirates at the FNB Stadium on Saturday.