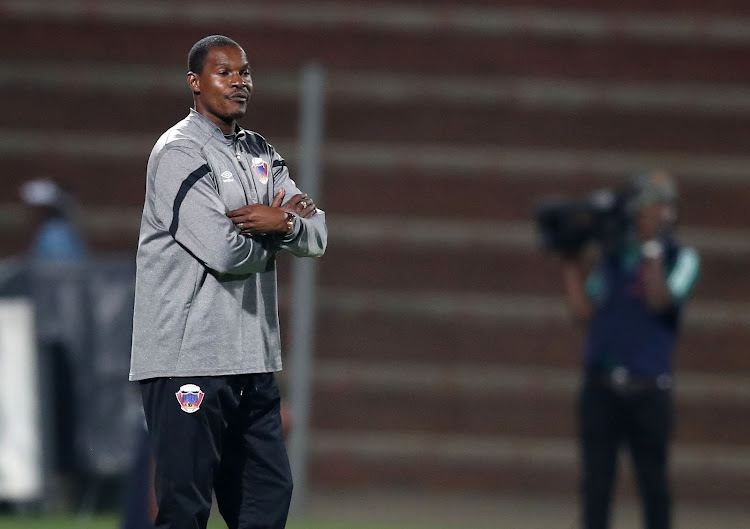 Chippa United coach Norman Mapeza says there are plenty of positives for his side to take into Wednesday’s Absa Premiership clash with Kaizer Chiefs despite their penalty shoot-out defeat at the hands of Mamelodi Sundowns in the Telkom Knockout quarterfinals on Sunday.

Chippa conceded two soft goals to twice give up the lead against The Brazilians‚ but looked dangerous on attack and might have had more goals‚ especially in an impressive first half performance.

But a penalty conceded and a howler from goalkeeper Patrick Tignyemb cost the Port Elizabeth side‚ who are still seeking a first league win of the season nine games into the campaign.

“Well done to my boys‚ nobody gave us a chance‚ but for us to take Sundowns to extra-time was good. It gives us hope going forward‚” Mapeza told reporters.

“There were plenty of positives. The way we moved the ball around‚ the way we defended and attacked.

"I think if we had managed to finish the chances we got in the first half‚ we would have wrapped up the game.

“Our squad is a little bit thin in terms of quality‚ but I think our guys applied themselves very well.”

Mapeza says he has not been left frustrated by his team’s generosity towards Sundowns‚ which they will have to cut out against Chiefs.

“I am not frustrated‚ it would not be nice of me to get frustrated after such a performance. The first goal was a penalty‚ the second one … everybody saw what happened.”

Tignyemb spilled a routine cross to the feet of Gaston Sirino to equalise for a second time‚ while Zimbabwe defender Kevin Moyo kicked the shins of Phakamani Mahlambi to concede the penalty.

Mapeza was asked whether he agreed with the spot-kick decision given by referee Luxolo Badi‚ and tactfully avoided giving a straight answer.

“Such decisions‚ they are taken by the referee. For me to say whether it was a penalty or not‚ would not be good. A decision was taken‚ let’s just accept it.”

For all their struggles in recent years‚ Chippa have won two of their last three home clashes with Chiefs‚ including a 1-0 success on the final day of last season.