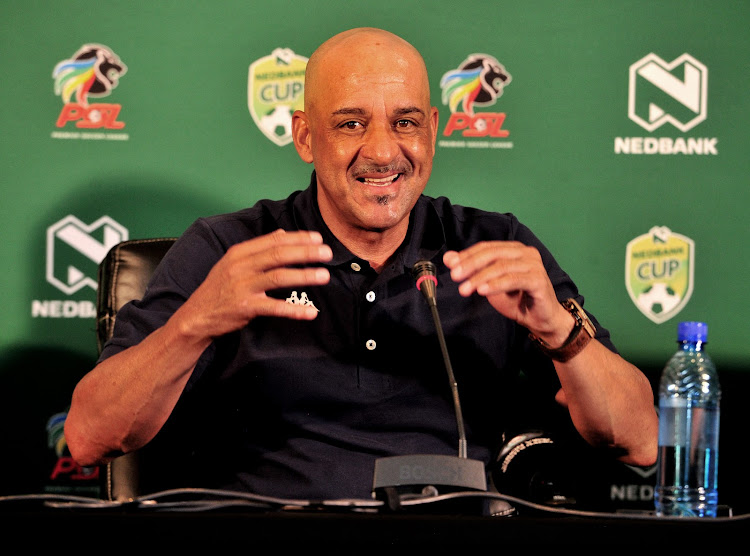 Maritzburg United must brace themselves for war against Highlands Park in the quarterfinal of the Telkom Knockout that will be played at Harry Gwala Stadium in Pietermaritzburg, KwaZulu-Natal, tonight (8pm).

This warning was issued by coach Owen da Gama, who described his Highlands Park as wounded lions. This was because of their controversial loss to Orlando Pirates in a league match on Tuesday.

"Maritzburg is a tough team away, but we've got a score to settle in these cup games," Lions of the North coach said.

As Orlando Pirates prepare to face Chiefs in the quarterfinal of the Telkom Knockout in Durban on Saturday, their young coach Rulani Mokwena has ...
Sport
2 years ago

"My players are very angry due to the manner in which they lost to Pirates. We have done well in cup games and also in the Absa Premiership. A war is on the cards."

Da Gama said they need to focus more because they are learning how to play under pressure in a short space of time.

"Look, the game against Pirates was our fourth in 10 days," he said.

On the other hand, the Team of Choice's current run of form has seen them win three back-to-back games for the first time and they are on the ninth spot on the standings. Coach Eric Tinkler would not allow Highlands to bully them in their kraal.

Highlands Park coach Owen da Gama has joined the bandwagon of recent furious condemnation of match officials after his side lost 1-0 against Orlando ...
Sport
2 years ago

Bucs must be wary of on-song Highlands