Chiefs midfield strongman Willard Katsande: So why would I sit and sulk? 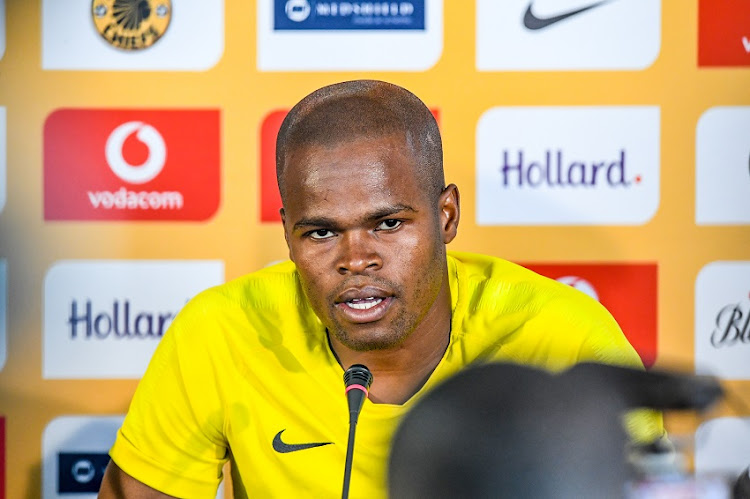 Willard Katsande has no problems taking a back seat at Kaizer Chiefs‚ if that is what is required for the team to progress.

The preseason word among supporters was that Zimbabwean midfield hardman Katsande‚ the ultimate team player‚ might to be relegated to the background at 33 years old with the arrival of James Kotei from Tanzanian club Simba FC.

The challenge from 26-year-old Kotei has not materialised‚ and the Ghanaian is yet to play a game for Amakhosi.

Katsande‚ though‚ has been relegated to the bench as another new signing‚ Kearyn Baccus‚ has impressed in central midfield.

An injury to Baccus saw Katsande get just a third league start of the season in Chiefs’ 2-0 win against Mamelodi Sundowns at Loftus Versfeld on Sunday to preserve their Absa Premiership lead.

“Obviously‚ whenever new players come into the team everybody is entitled to their opinion‚” Katsande said.

“James is a quality player. I call him ‘my little warrior’ because he’s good. He just needs to adapt to the Absa Premiership.

“And you guys [the media] are going to have these kinds of press conferences with him. Because I know him‚ and I believe in him that he’s going to take over going forward. He’s still young and still energetic.

“Ja‚ I mean‚ to say I took it personally or anything because I wasn’t playing – I’ve been playing a lot. So why would I sit and sulk?

“I just sit and support whoever is playing. Because what we want to do is to take the club from where it was to be in a better position.

“Like now‚ things are going well and in the direction that we want it to be. It’s not about the individual.

“I was just being professional‚ supporting whoever was playing‚ and be there for everybody‚ so that when the time comes for you‚ you come in and take the baton going forward.”

Chiefs have not won a trophy since their league and cup double of 2014-15.

Last season was their fourth without a trophy‚ finishing ninth in the PSL.