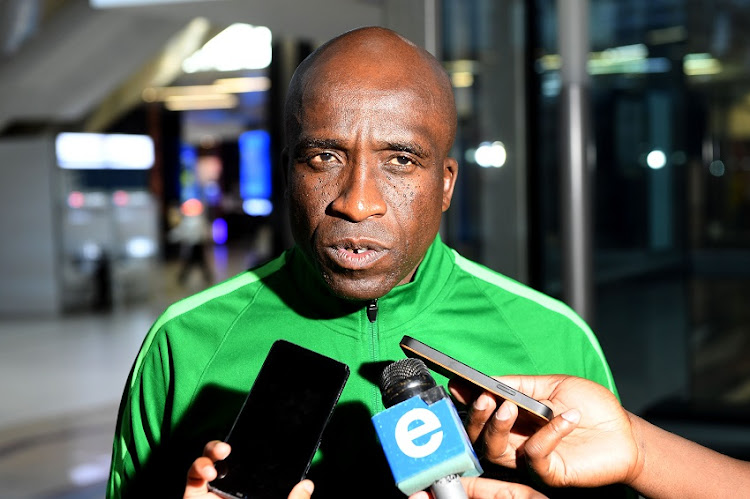 While Bafana Bafana coach Molefi Ntseki was able to name a strong squad for the start of the 2021 Africa Cup of Nations qualifiers next month‚ the same cannot be said about the U23 team to take part in the Africa U23 Cup of Nations in Egypt.

The squad is expected to be announced later this week by coach David Notoane and there is anticipation not only who has been selected but which players are going to be stopped from going to the tournament by their clubs.

Previously‚ squads for Bafana and U23s were announced together but it was not the case on Tuesday as Notoane is reportedly negotiating with clubs to release players as part of the tournament in Egypt falls outside the Fifa open window.

The start and finish of the eight team tournament in Egypt is outside of the Fifa window which means so clubs are not obliged to release their players.

The South Africa Football Association (Safa) is grappling with some of the country’s top flight clubs over the release of players which runs between 7 and 22 November with top three finishers going on to represent Africa at the Tokyo Olympic Games.

Next month’s Fifa window runs from November 11 to 19 which mean that players will miss league matches for their clubs on the weekend of November 7-9 and November 22-24.

This includes the Soweto derby and also the match between Bidvest Wits and SuperSport United‚ where a number of the key players in the U-23 squad are set to play.

SAFA acting chief executive Russell Paul has said that they have been in negotiations to get as many of their first choice players released but they cannot confirm who is going to Egypt.

He got support earlier in the month from Cape Town City coach Benni McCarthy‚ who said: “You cannot stand in a player’s way‚ it’s a platform for them‚” he said.

Ajax Cape Town‚ Richards Bay‚ Swallows FC and University of Pretoria are teams in the GladAfrica Championship that are likely to be affected.

SA open their campaign in Egypt on November 7 against regional rivals Zambia and they also have Ivory Coast and Nigeria in their group.