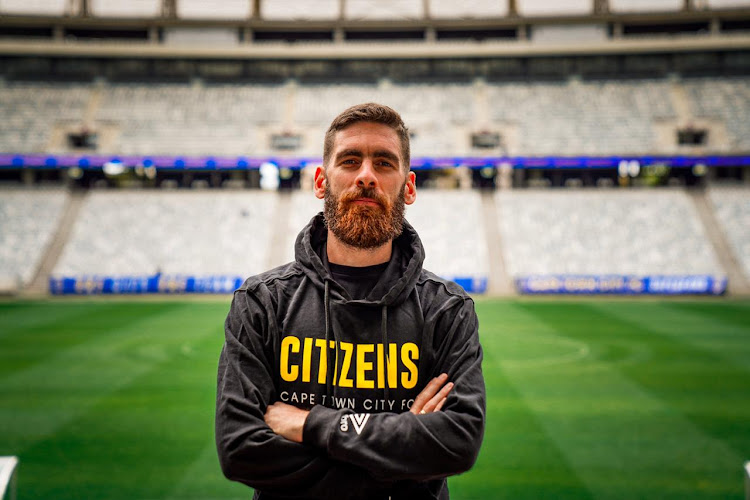 Cape Town City have confirmed the signing of Greek defender Giannis Potouridis as they seek to bring an end to their chronic defensive problems that have hindered the side this season.

The much-travelled 27-year-old was last with Greek side OFI Crete‚ where he was a regular for the previous two seasons‚ but left at the end of the 2018/19 campaign.

"The left footed‚ 27-year-old is highly experienced and joins the Citizens to strengthen the defensive ranks‚” the club confirmed on Monday.

City have conceded 15 goals in their nine Absa Premiership games to date and were also dumped out in the first round of the MTN8 and Telkom Knockout competitions.

Their defensive record in the league is easily the worst in the division‚ and is six more than bottom side Chippa United‚ who are still without a win this season‚ have conceded.

It has been a massive worry for coach Benni McCarthy‚ who had hoped to re-sign Robyn Johannes from BidVest Wits‚ before the move from vetoed by club owner John Comitis and the player went to Stellenbosch FC instead.

The signing of Potouridis also suggests that Ivorian defender Kouassi Kouadja will not be registered any time soon having been out for a year with a knee injury.

Potouridis would be the fifth foreign player registered with the team after goalkeeper Peter Leeuwenburgh‚ defender Edmilson‚ and midfielders Roland Putsche and Chris David.

Potouridis began his career with top Greek side Olympiakos and featured in the UEFA Champions League for them in the 2011/12 campaign.

But he was never a regular and later joined Platanias‚ Panthrakikos and Larissa in the Greek league‚ having also had a spell with Italian Serie B side Novara and Polish second-tier side Miedź Legnica.

He has 192 appearances in his professional career‚ with just a single goal scored.

His last game was for OFI against Asteras Tripolis in April.

The Premier Soccer League has confirmed that next Saturday’s Telkom Knockout quarterfinal between Soweto giants Kaizer Chiefs and Orlando Pirates in ...
Sport
2 years ago

Kaizer Chiefs bagged all the three points at stake and the bragging rights after a deserved 2-0 win over title rivals Mamelodi Sundowns at a sold-out ...
Sport
2 years ago
Next Article