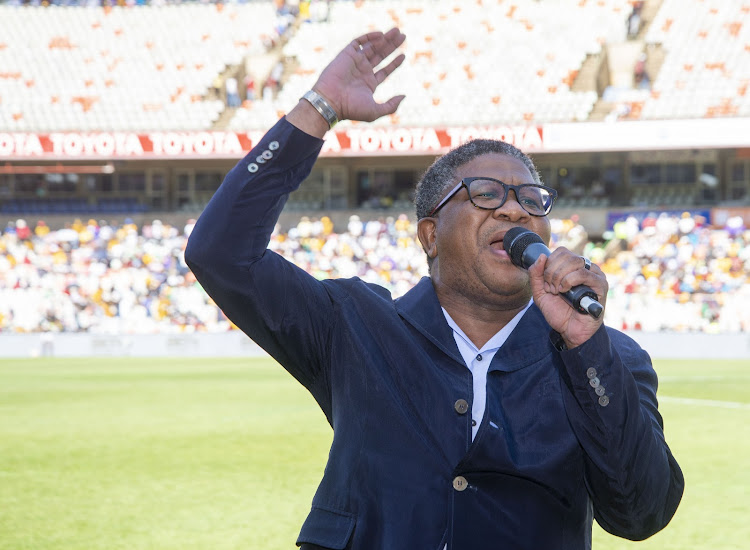 Former sports minister Fikile Mbalula heaped more pressure on increasingly pressured Orlando Pirates caretaker coach Rulani Mokwena on Sunday after saying the mentor is “not equal to the task” of steering the sinking Bucs ship back to safe waters.

Mbalula‚ who is a known Pirates supporter‚ took to his Twitter account on Sunday and said Mokwena’s appointment was an experiment that is now backfiring.

Pirates suffered a shock 1-0 league defeat to newcomers Stellenbosch FC in Cape Town on Saturday and could find themselves 13 points behind leaders and arch rivals Kaizer Chiefs by the end of the weekend.

“Pirates doesn't have a coach good morning. Yes I said it‚” tweeted Mbalula to his nearly two million followers.

“I have heard about this experiment. Pirates is a big club to experiment with.

“It is our team we supported since we were kids.

"I support Rulani Mokwena but for now he is not equal to the task‚” said Mbalula‚ who is currently serving as transport minister.

Orlando Pirates caretaker coach Rulani Mokwena is yet to win over the hearts of soul of the club's supporters.
Image: Muzi Ntombela/BackpagePix

Pirates are languishing in mid-table in eighth position with a paltry nine points and the defeat to Stellies was their third in eight league matches. They have managed just two wins and three draws so far this season.

Having bombed out of the MTN8 in the first round‚ Pirates are still in contention on three fronts.

Their Absa Premiership form leaves a lot to be desired while the Telkom Knockout and Nedbank Cup offer another opportunity of ending their five-year trophy drought.

But Mbalula is not convinced and believes that Pirates will cross the finish line empty-handed.

“I looked forward to a great season for my team but am afraid is not about to happen we are in denial. So many great players but no coach. Yes I said it‚” tweeted Mbalula.