Wits head to Mozambique and Galaxy to Nigeria 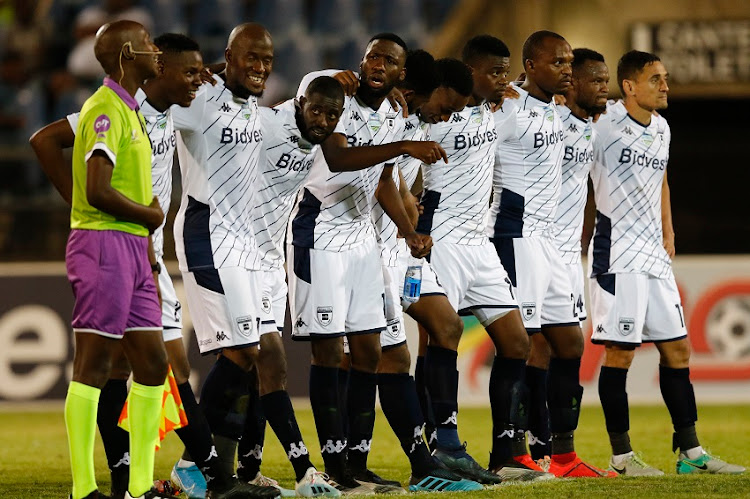 Players of Bidvest Wits with the official during the Telkom Knockout 2019, Last 16 match between Maritzburg United and Bidvest Wits at Harry Gwala Stadium on October 18, 2019 in Pietermaritzburg, South Africa.
Image: Anesh Debiky/Gallo Images

Bidvest Wits have been spared an arduous trip into the Mozambican hinterland and will instead be playing UCD Songo in the first leg of their Caf Confederation Cup third-round match at the national stadium‚ known as Zimpeto‚ just outside of Maputo.

Wits travelled across the border on Saturday for Sunday’s match‚ a modest journey compared to trips elsewhere on the continent in the same competition.

At stake is a place in the group phase of the competition‚ which gets underway next month‚ with coach Gavin Hunt keen to advance.

“We want to give it a go. Why not? It’ll probably wipe out our budget for the season but it is good to compete and for the players to gain the experience‚” he told TimesLIVE.

Wits’ opponents are Mozambican champions‚ having dropped down from the Champions League after being denied a group place in the previous round by FC Platinum of Zimbabwe.

Songo also won the Mozambique league title in 2017 and this year sit second on the table‚ three points behind Costa do Sol with some seven games left to play in the local Moçambola season.

TS Galaxy – the GladAfrica Championship side who were victors over Kaizer Chiefs in the Nedbank Cup final in May – are away in Nigeria to meet the reigning champions Enyimba in another Confederation Cup clash on Sunday.

Any thought home fans in Aba might have about a runaway win for the Nigerians have bee tempered by their own coach Usman Abdallah‚ who said even if Galaxy were not a top-flight team they should be regarded as such.

“We are not taking anything for granted. We are expecting the team to be a very‚ very good team.

“They win their matches away‚ and they are a goal-scoring team away. So we’re all aware of that. That is why you can see how we’ve been preparing a lot so that we can work on our technical and tactical ability that can match this team.”

Enyimba‚ who eliminated Wits from the same competition two years ago‚ have started the new league season in Nigeria with four victories from their first five matches.