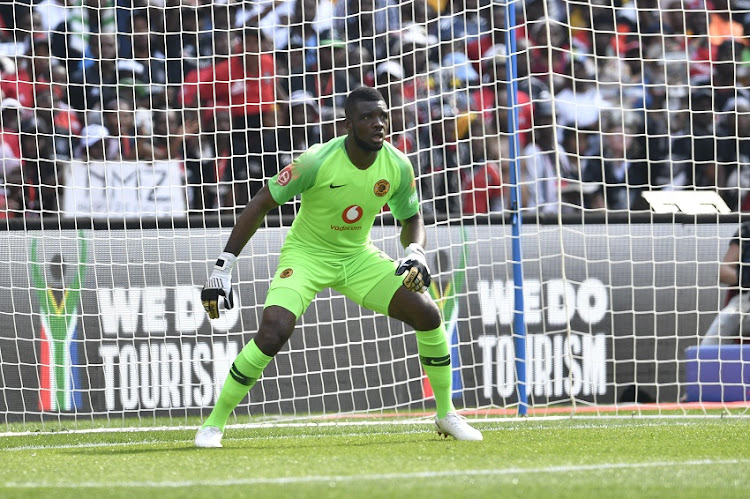 For in-form Kaizer Chiefs goalkeeper Daniel Akpeyi, facing a free-scoring Mamelodi Sundowns side could prove his toughest test yet.

Going into this titanic clash at Loftus Versfeld on Sunday (3.30pm), Akpeyi has been one of Chiefs' standout performers, with three clean sheets and the same number of goals conceded in six games across all competitions.

The Nigeria international also illustrated his prowess when he stopped Bradley Grobler's last-gasp penalty in their 1-1 league stalemate versus SuperSport United in August.

Akpeyi's heroics also came to the fore last Saturday when he inspired Amakhosi to the last eight of the Telkom Knockout by saving Ebrahim Seedat's spot-kick in their 4-2 penalty shootout success over Cape Town City in the TKO's first round.

Nevertheless, the 33-year-old Akpeyi, who was somehow error-prone last season, has not really been tested in a big game in Amakhosi colours, having only joined Chiefs from Chippa United in the second round of the past campaign.

Hence, it'll be interesting to see how he fares against the Brazilians, who've scored an impressive 21 goals in their last five games across all fronts.

Chiefs keeper mentor Lee Baxter has portrayed Akpeyi as someone who's more than ready to put in another solid shift against the champions, Sundowns.

"He [Akpeyi] is in a good space, it comes down to your off the field lifestyle and your personal preparations for every training and every game. In that department, Daniel is spot on," said Baxter

"As a professional you're always looking for small percentages in general on your game. you can look at crossing, you can look at shot-stopping. At the moment Daniel is quite an all-rounder on that. He has also improved a lot on his distribution."

Baxter also provided an update on injured fellow keeper, Itumeleng Khune. Khune picked up a groin injury in Chiefs' 1-0 win over Baroka at the end of last month.

"He [Khune] is just back working with me, isolated [from other keepers]. He's also preparing properly and working very hard. So I am not really worried, it's our medical team [though] who can confirm when he'll return," said Baxter.