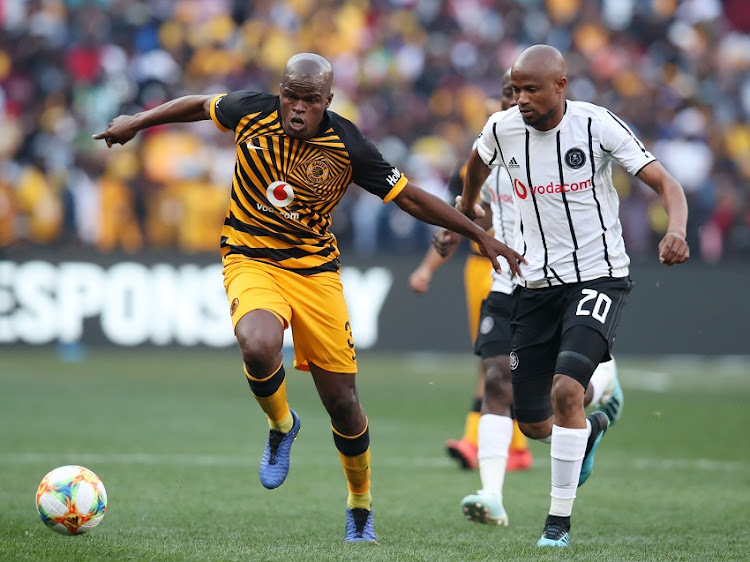 Willard Katsande of Kaizer Chiefs challenged by Xola Mlambo of Orlando Pirates during the 2019 Carling Black Label Cup match between Kaizer Chiefs and orlando Pirates at the FNB Stadium, Johannesburg on the 27 July 2019.
Image: ©Muzi Ntombela/BackpagePix

Tickets for the Telkom TKO Soweto derby showdown between Kaizer Chiefs and Orlando Pirates next week will go on sale on Friday and they are expected to be sold out within hours.

The Premier Soccer League confirmed that the quarterfinal tickets would be available from noon on Friday‚ including Maritzburg United vs Highlands‚ SuperSport United vs Lamontville Golden Arrows and Chippa United vs Mamelodi Sundowns.

The Chiefs vs Pirates match was sold out within hours when the selfsame teams were drawn against each other in the semifinal of last year’s edition‚ which was won by 2-1 by the Bucs at the same Moses Mabhida Stadium venue.

The Soweto giants will meet again in an Absa Premiership first round clash at the FNB Stadium‚ seven days after the cup match.

“Tickets will be sold at TicketPro outlets‚ Spar and selected Sasol garages countrywide and will be available on Friday‚ 25 October from 12h00‚” the league said in a statement.

General tickets will cost R40 for the three fixtures except the Soweto derby which will go on R80 for a cheap one.

For the derby‚ the PSL said each person will be allowed to buy four tickets “to avoid illegal ticket sale”.

The Telkom TKO dates and venues: