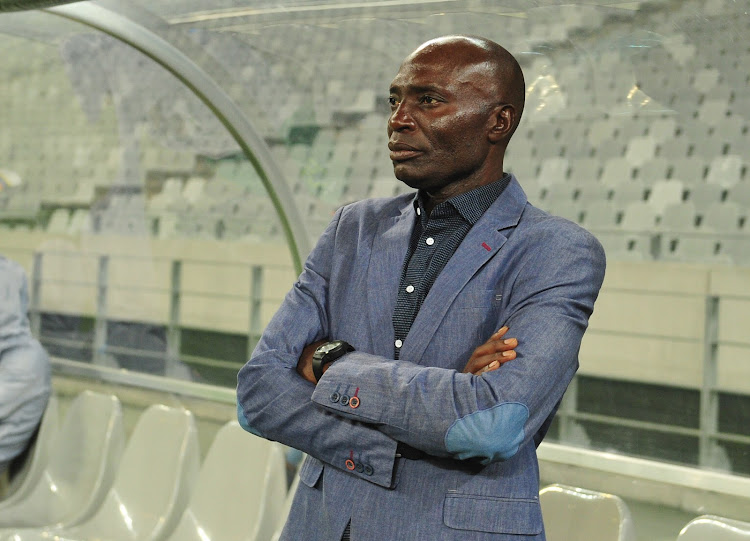 Baroka FC head coach Wedson Nyirenda will be looking to win another piece of silverware after guiding the modest club to the 2018 Telkom Knockout triumph.
Image: © Ryan Wilkisky/BackpagePix

Baroka return home this week to host AmaZulu in the Absa premiership on Sunday but while this would suggest an advantage for most clubs‚ for coach Wedson Nyirenda it is invariably another potential chapter in a bizarre book of misfortune.

Since the ex-Zambia international took over as coach‚ the club from Limpopo have been infinitely better on the road in a phenomenon Nyirenda cannot fathom.

“I haven’t put my finger on it yet‚ it is really something that is boggling my mind.

I’ve never seen something like this‚” he told TimesLIVE.

Last season they won only two of their 15 home matches in the league while they were victorious four times away‚ including beating SuperSport United and drawing at Mamelodi Sundowns and Orlando Pirates. They also won the Telkom Knockout.

It is a trend they have seemingly continued again in the new campaign‚ with no wins in four home games this season‚ but with two in four on the road against Bidvest Wits and Black leopards.

“This is my second season and this thing is creeping up again and it is so worrying because I believe in football.... you must be a fast learner‚" he said.

“If you see something wrong‚ you must look to fix the problem but this is something we don’t seem able to solve.

"That is what makes it so worrying‚” added Nyirenda.

“We cannot be going to big clubs like Wits in their home‚ taking on a very good team‚ and beating them without conceding any goals‚ but then when you come home you are just giving away goals like you are Father Christmas.

There is one good omen going into Sunday’s game for Nyirenda: Baroka have won only one game at home since December when they edged AmaZulu in late April.