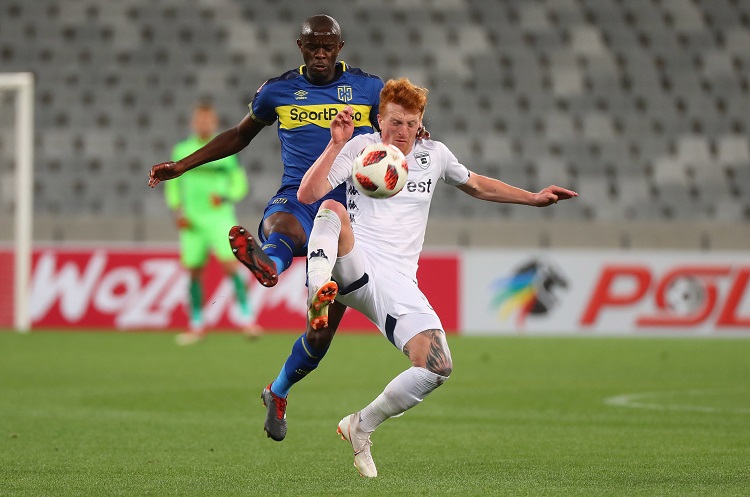 "It's my wish to get more caps with the national team, and because there's a new coach [Ntseki] we, as players, have equal chance to fight for places," said Mngonyama, who also represented SA under-23s six times.

"I believe that if I can get back to my best form I can get a Bafana call-up. However, my main goal at this stage is to do well at my club and then we will see what can follow."

Mngonyama also shed some light on how his switch from Cape Town City to the Team of Choice before the start of the season came about.

"I enjoyed my stay at City and there was nothing sinister about my departure. Maritzburg showed interest and they contacted City chairman John Comitis, he then asked me if I would like to move to Maritzburg, and I said yes," Mngonyama reflected.

"The reason I agreed is that I wanted to be closer to home [Clermont, Durban]. Previously [during his three loan spells between 2015 and 2017 from Mamelodi Sundowns], I enjoyed my football at Maritzburg. I know the club in and out, so I couldn't let the opportunity to come here again slip through my fingers."

The 26-year-old defender is confident they'll finish in the top eight this season.

"We have a strong team that can compete with anyone. I am positive that come end of the season we will be in the top-eight. Everyone knows what's expected of him, we all want to deliver and achieve that goal of finishing in the top eight," said the defender.

An equaliser three minutes into stoppage time on Friday ensured a share of the spoils for a relieved Highlands Park and another dose of bitter ...
Sport
2 years ago

New PSL season: Does Tinkler have enough ammunition at Maritzburg?

Maritzburg United will hope to have turned the corner after a strong finish to 2018-19 saw them produce‚ if not quite the great escape‚ certainly an ...
Sport
2 years ago

Sowetan picks the favourites for the PSL 2019/2020 league title, as well as those that may struggle. By Tiyani wa ka Mabasa and Sihle Ndebele
Sport
2 years ago
Next Article