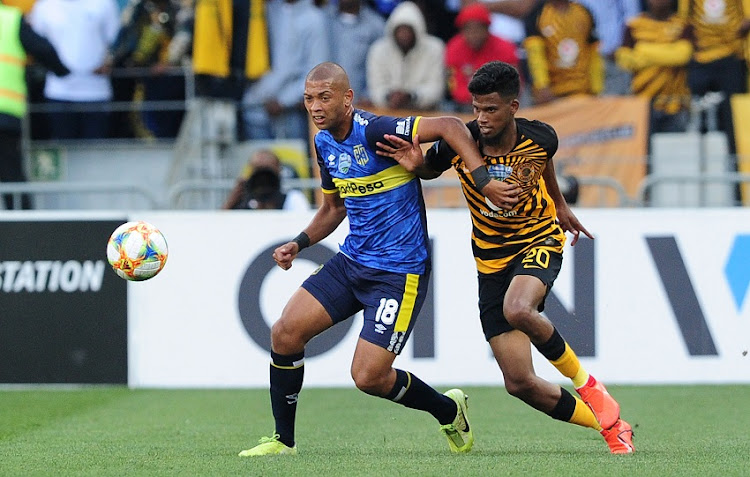 Yagan Sasman has revealed a link to Kaizer Chiefs’ assistant-coach Shaun Bartlett in his surprise signing by the Soweto giants in late July.

The defender arrived from First Division side Ajax Cape Town‚ for whom he had played a handful of games in the Absa Premiership before their relegation‚ as a virtual unknown.

Sasman has made himself far more familiar to Chiefs’ fans with four starting performances in succession – including in Sunday’s penalties Telkom Knockout last-16 victory against Cape Town City in his home city at Cape Town Stadium.

Sasman has been fielded at left centreback by Chiefs coach Ernst Middendorp‚ even though he was signed as a left-back.

With Chiefs conceding one goal in the four matches he’s started‚ the defender may have done enough with some neat displays to have earned a start again in Sunday’s big Absa Premiership match-up against Mamelodi Sundowns at Loftus Versfeld.

He has revealed that the phone call to inform him he was going on trial at Chiefs in the off-season came a day before his July 10 23rd birthday‚ and that the link appears to have been Bartlett.

The former Bafana Bafana striker saw Sasman play in the NFD when Bartlett was still head coach of Pretoria University.

“It was actually the day before my birthday that I got a phone call from my agent‚ saying that I needed to be in Johannesburg the next morning – on my birthday‚” Sasman said.

“I booked myself a flight‚ I started the preseason camp with Chiefs. And with the 10 days I spent there I needed to impress‚ because coach Ernst didn’t know me at all.

“Chiefs obviously followed me. They watched the few games I played in the PSL. I had some video footage on Youtube. I also sent some videos to them before coming on trial.

“They were impressed. Then I needed to prove myself [in the trial].

“Coach Shaun actually had watched previous games I’d played. When he was at Tuks he saw one full match I played [against them].

“So he basically knew what type of player I was. But I needed to come here to see if I could fit into the team and help improve the team.”

Sasman said he is comfortable at left-back or centreback.

“I am very versatile. I can attack and defend. But first of all‚ the defending is most important‚” he said.

PSL leaders Chiefs face their sternest test yet to their growing confidence against defending champions Sundowns‚ who fearsomely swept AmaZulu off the park 5-0 in Sunday’s TKO encounter in Atteridgeville.