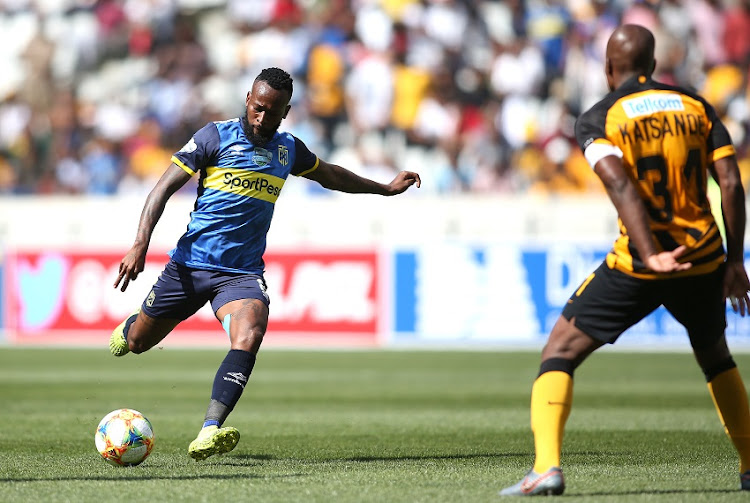 Mpho Makola faces the possibility of a stiff punishment for his shove on referee Abongile Tom on the weekend with both the South African Football Association (Safa) and the Premier Soccer League (PSL) looking into the matter.

The veteran Cape Town City midfielder and former South African international had a moment of madness during Saturday’s Telkom Knockout clash against Kaizer Chiefs at the Cape Town Stadium when referee Tom awarded the visitors a penalty.

Makola rushed at the young referee and then pushed him with two hands in the chest‚ causing Tom to stumble.

WHAT WE SHOULD BE TALKING ABOUT: former @orlandopirates star Mpho Makola @CapeTownCityFC manhandles ref Abongile Tom after awarding @KaizerChiefs penalty yesterday. @safa_net need to look at this incident or anarchy will prevail @bennimccarthy17 pic.twitter.com/1H6eYeKBnq

It was a rarely seen physical attack on a match official but surprisingly earned Makola only a caution.

Safa's involvement comes because all refereeing matters fall under their jurisdiction and their referee’s review committee is sitting on Tuesday night.

SowetanLIVE can confirm that the Makola matter is on the agenda for the meeting.

The committee is chaired by former referee Simon Ngutshane.

The PSL are expected to charge Makola in the next days but it is not clear whether he can face separate charges from both SAFA and the league.

“The matter is now with the PSL prosecutor and he is looking into it. There is nothing else I can say in this matter‚” said PSL spokesman Lux September on Tuesday.

Makola will likely be hauled before the disciplinary committee on misconduct or violent play charges.

Referee Tom could also likely be in the firing line from the referee’s review committee.

His decision not to send off Makola but rather just caution him looked a dereliction of duty.