Caf vs Safa: Bafana will no longer be forced to play two Afcon qualifiers in three days 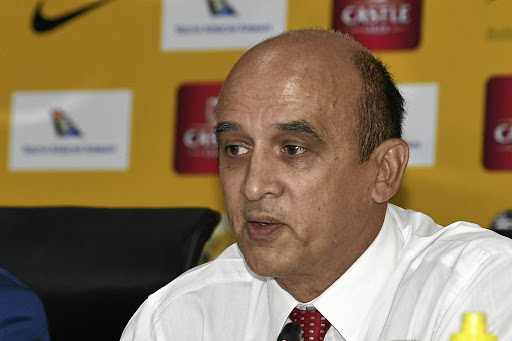 The South African Football Association (Safa) appears to have won their standoff with the Confederation of African Football after it emerged on Tuesday that Bafana Bafana will no longer be forced to play two 2021 Africa Cup of Nations qualifiers inside the space of three days.

The two bodies were at loggerheads as Caf wanted Bafana to play their opening Group C game against Ghana away from home on Friday‚ November 15‚ and then return to host Sudan two days later in SA at 9pm.

Safa refused to accept the taxing schedule and Bafana will now face Ghana away from home a day earlier on Thursday November 14 and then host Sudan on Sunday November 17.

But it is still not clear if Safa won the tussle over the kick off time of the Sudan match as Caf wanted Bafana to host the game at 9pm to accommodate overseas television audiences.

”No one will come out to watch at that time of night before a working day‚" he said.

"I’ve told Caf we can only play on a Sunday afternoon‚ not evening.”

Paul is hoping for a kick off of either 3pm or 4pm.

South Africa are hosting the Sudan at the Orlando Stadium in Soweto.

Bafana are in Group C alongside Ghana‚ Sudan and Sao Tome Principe.

The two top teams will qualify for 2021 Afcon which will be hosted by Cameroon.

Bafana coach Molefi Ntseki is expected to name his squad in the coming days.

Ntseki won his first match as the new Bafana coach when his team beat Mali 2-1 in the Nelson Mandela Challenge in Port Elizabeth at the beginning of October.