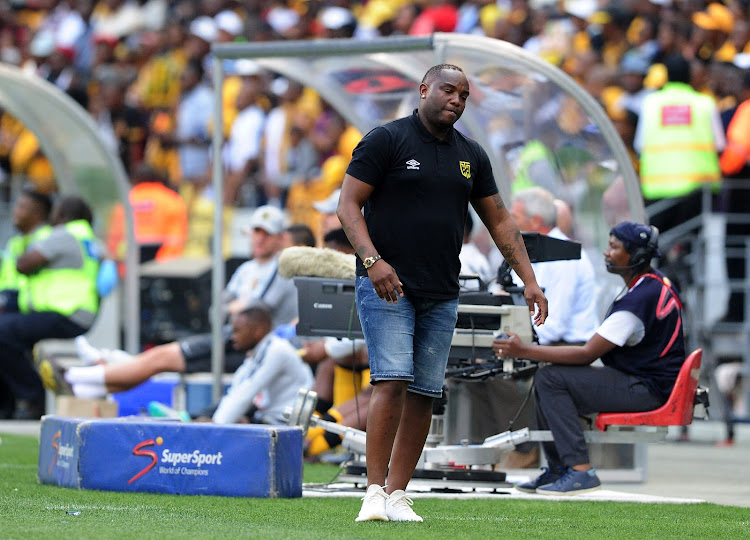 Benni McCarthy has questioned the mindset of Premier Soccer League strikers and says they are not hungry enough to score goals.

McCarthy‚ the country’s greatest ever goal-scorer and only South African to lift the Uefa Champions League‚ believes strikers in the local league have slipped into a comfort zone that leaves them satisfied with mediocrity.

The coach was critical of his own team‚ Cape Town City‚ in terms of their threat in front of goal‚ but also extended his dismay to the rest of the league as well.

“We need to be a bit more ruthless [in front of goal] … as if we don’t work hard enough on that in training‚” McCarthy told reporters.

“Players need to change their mindset in wanting to score more than one goal per game.

“If you get one‚ why not want to get two‚ or a hat-trick? We have been starved of players scoring hat-tricks in the PSL.

"When was the last time we had a hat-trick in the PSL? Bhele Nomvethe?”

Black Leopards forward Mwape Musonda netted a hat-trick against Chippa United last season‚ but that is the only one in the South African top-flight in the last two-and-a-half years‚ and there were none at all in the 2017/18 campaign.

Contrast that to the 1998/99 PSL season‚ a time when McCarthy was just emerging as a player‚ and there were 15 hat-tricks in the single campaign in all competitions.

“We are satisfied with scoring one goal in a game‚” McCarthy continued.

“Get two‚ get three. That’s how you build. That is why Messi is Messi and Ronaldo is Ronaldo. Because these guys have the mindset of goals ratio per game.

“You get one‚ there’s two out there. You get two‚ there’s three. Three‚ there’s four.

"Whereas our players have a fixed mindset‚ ‘one goal and I have done my job. I am just happy with my one goal’.

“That’s our problem in South African football at this moment in time.”

McCarthy’s words are backed up by statistics‚ only eight players have managed more than one goal in a game in the 59 Absa Premiership matches that have been played this season to date.