Pirates coach Mokwena: 'I’m one person‚ I try to live on positives' 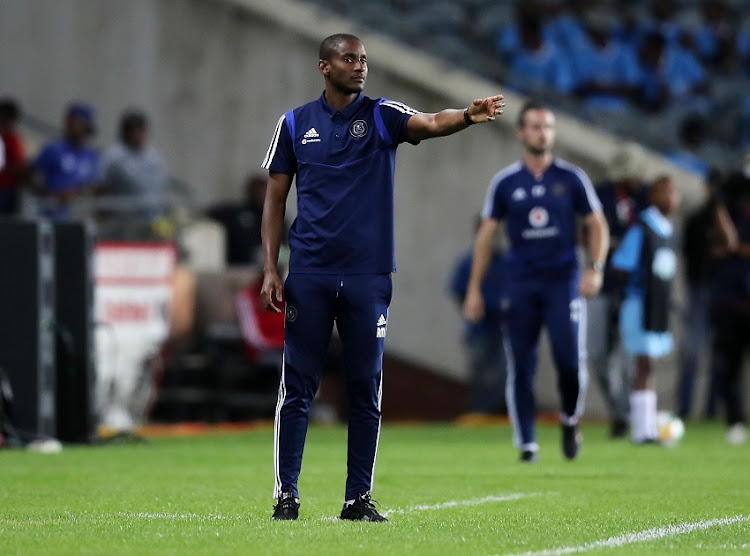 Orlando Pirates coach Rulani Mokwena was more pleased at a clean sheet‚ and seemingly improved balance in his team‚ than disappointed by a string of missed chances as Bucs beat Stellenbosch FC 1-0 to reach the Telkom Knockout quarterfinals on Saturday night.

Pirates had come into the last-16 game at Orlando Stadium having scored nine goals in three games‚ but only won one of those‚ losing one and drawing another‚ due to conceding seven in the other direction.

Mokwena‚ just 32‚ has faced question marks as Pirates have struggled for results.

It seems unfair on the extraordinarily young coach‚ given the bombshell manner of head coach Milutin Sredovic’s departure to join Egyptian giants Zamalek just three matches into 2018-19‚ which was bound to have some fallout.

Mokwena perhaps did struggle for balance in his approach‚ to implement his own philosophy early on‚ and to find the right team selections to match his gameplan.

Newly-promoted Stellenbosch – up for a resilient fight on Saturday‚ but not overly committed even to a counterattack – might have been ideal opponents to showcase a better balance in Pirates.

Really‚ though‚ on balance of opportunities Bucs could have run out with a four or five-goal margin‚ and Mokwena did have reason to be pleased at what seemed a better balance‚ a result he said‚ of work done by Pirates in the Fifa international window.

The coach seemed to make a fair assessment that‚ if Bucs continue to play similar football‚ opponents in future will concede more than Stellenbosch’s somewhat fortunate one.

“I’m one person‚ I try to live on positives. [I prefer to look at] the fact that we kept the balance and we kept our offensive skills‚” he said.

“I think that’s the positive. As much as we created and we maintained the chance creation‚ we still maintained a very good stability‚ and were very good on rest defence. And kept a clean sheet.

“And I think those were the positives. These are the building blocks. And I think the Fifa break afforded us time to work our defensive scheme and our organisation when we have possession. And try to maintain compactness so that we’re not as vulnerable on transitions.

“The team are creating so many chances. Somebody is going to be on the receiving end of a number of goals.”

Pirates’ winner was scored by Thembinkosi Lorch in the 84th minute‚ the Bafana Bafana star and 2018-19 PSL player of the season making an apparent return to form with a performance peppering the Stellenbosch goal with shots.