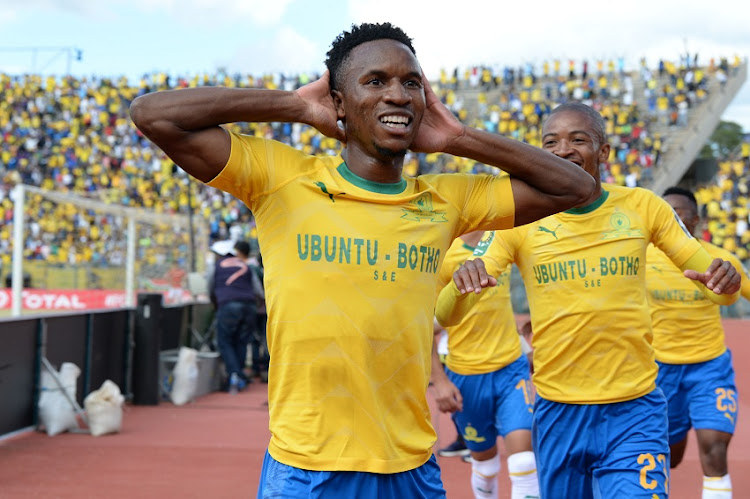 Mamelodi Sundowns' training grounds in Chloorkop have been like a ghost town in the past week with not only players on international duty, but some members of the technical team too.

On top of a host of their players being on duty with various national teams, the club has also been without first-team fitness trainer Kabelo Rangoaga and senior official Trott Moloto (both Bafana Bafana).

Reserve team coach David Notoane doubles up as coach of the national under-23 team and was with them in Egypt.

"When it's international break, at Sundowns, it's a problem because everyone is gone. Which team do I train in international week?" coach Pitso Mosimane asked.

"There is nobody at Sundowns, Safa takes everybody. I am left with Manqoba and we just look at each other. I say to Manqoba, 'what are we going to do? We have 12 players. Can we go play golf maybe?' It's totally different from everybody else."

Downs had Mosa Lebusa, Thapelo Morena and Themba Zwane in the Bafana team that defeated Mali 2-1.

The Brazilians will take on AmaZulu in the first round of the Telkom Knockout at the Lucas Moripe Stadium on Sunday. While the club has had success winning league titles, of late cups have eluded them. Mosimane says this season they are aiming for at least one cup competition.

"We know that we don't rise to the occasion in cup games as we are supposed to. Last season, we lost to Baroka [in the TKO] and they beat us fair, 2-0 and killed us," he said.

"Cups are always a problem because we run a different programme. We want to win the league and the CAF Champions League as priority, but we want to win one local cup for the fans."

Sundowns' Pitso Mosimane: 'I’m even afraid that this thing is going to lose the spark'

Mamelodi Sundowns coach Pitso Mosimane has said that his team and Wydad Casablanca – drawn together in the Caf Champions League yet again – have ...
Sport
2 years ago

Mosimane believes Rantie‚ Affonso have much to offer at Sundowns

Pitso Mosimane believes his two new No 9s – Tokelo Rantie and Mauricio Affonso – can give Mamelodi Sundowns a sharp end once they both are brought ...
Sport
2 years ago