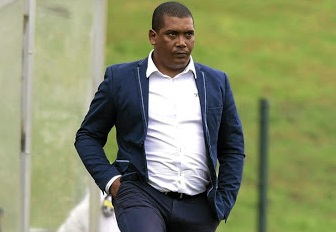 If he had superpowers, January would arrive tomorrow for Moroka Swallows coach Brandon Truter.

Truter, who replaced Zeca Marques late last month, cannot wait for the next transfer window to open at the start of next year, aiming to reinforce his squad with experienced players.

"People are sending us a lot of CVs of players we should sign, but we want the quality. I can't bring in MDC [MultiChoice Diski Challenge] and ABC Motsepe League players," said Truter, who's just overseen two of Swallows' seven matches this season, with a draw and a defeat.

"The guys we want are registered with PSL teams, they can't even be loaned out because the transfer window is closed. So I can't wait for January to see who we can get, but we will definitely do something to beef up the team."

Since their rebirth before the start of the season, Swallows have found life very difficult in the second tier, with just one win, four defeats and two draws. The Dube Birds are second from the bottom of the GladAfrica Championship.

"Some of these guys [the players] didn't have a pre-season [because the deal to purchase the second-tier status from Maccabi materialised late]. They came in two weeks before the league started and it's showing against good teams. We have a lot of work to do but I'm positive that we'll get there," said Truter.

"Coming up next is Ajax, It's another challenge for us. We have 48 hours to get the boys recovered, to get the knocks fixed. I pray and believe we'll be ready," said Truter.

Moroka Swallows - one of the original Soweto football giants - have strongly signalled their intention to reclaim their PSL status by roping in Aaron ...
Sport
2 years ago

National First Division side Richards Bay have already claimed one major scalp in the Nedbank Cup this season and will aim for another when they ...
Sport
3 years ago

Sundowns ’achieved what they wanted’ in Cape Town

It was ‘mission accomplished’ for Mamelodi Sundowns in the Nedbank Cup‚ even if they were far from spectacular.
Sport
4 years ago
Next Article