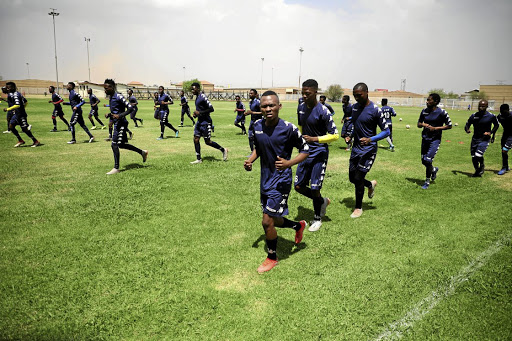 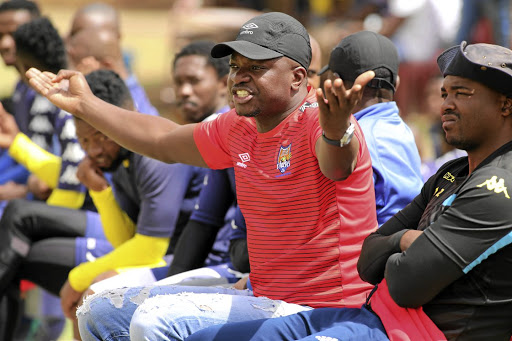 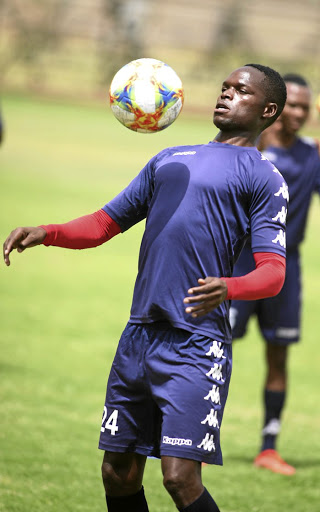 JDR Stars are on a mission to rewrite local football history and to pioneer a new path that others will follow in years to come.

The flourishing upstarts, established in 2011, have caught many by surprise with their impressive start in their first season in the National First Division, second-tier league.

A few months after winning the ABC Motsepe League play-offs, the Pretoria-based club have blazed the trail in the GladAfrica Championship where they top the standings.

With 15 points, after four wins and three draws, Stars, who call themselves the Hammer Boys, have shown that they mean business in the highly-competitive division.

"It's not by mistake that we are top of the table. We decided not to change our team just because we gained promotion," club's chairman and coach Nditsheni Nemasisi told Sowetan.

"I have studied the NFD for a number of years now and I got an understanding of what it takes to do well. The knowledge I have gained from watching these teams has been invaluable and I have used that to carry my team forward in this league."

If he had superpowers, January would arrive tomorrow for Moroka Swallows coach Brandon Truter.
Sport
1 year ago

The father of three named his club after the initials of his first two children Junior Donald and Rolivhuwa (third child Gundolawe was born after).

As an admitted attorney of the high court, he starts his day at the office at Nemasisi Attorneys where he works until the afternoon before heading off to training. After training, he returns to the office to do his legal work.

The 37-year-old from Venda is assisted by a small, but capable team.

His two assistants Falayajo Kehinde and Sibusiso Zungu are there to help him while the rest of the technical team is made up of fitness trainer Andy Malebo, Washington Tsotetsi (keeper coach) and Calvin Nechibazavula (kit manager).

Their 14 goals in the league have been well spread out in the team.

Olwethu Ncube and Moeketsi Makhanya lead the scoring with three goals each. One of their rising stars is midfielder Thato Mohamme, who is Tso Vilakazi's son.

Jomo says Dobsonville Stadium is too expensive
Sport
1 year ago

"This team is going places and we are led by capable technical team," he said.

"It's not a fluke that we are at the top and our aim is to compete until the end."

While there is still a long way to go in the league marathon, Stars have already made an impression.

"Of course, we want to get to the top league and become a formidable side there. The plan is to get promoted in not too long and become a competitive team."

Ajax Cape Town coach Andries Ulderink is of the view that they can clinch promotion only if they can improve their away record.
Sport
1 year ago

How underrated JDR Stars stole a march on rivals

JDR Stars attacker Vusumuzi Mncube has attributed their impressive start to life in the second tier to being underestimated by other GladAfrica ...
Sport
1 year ago
Next Article