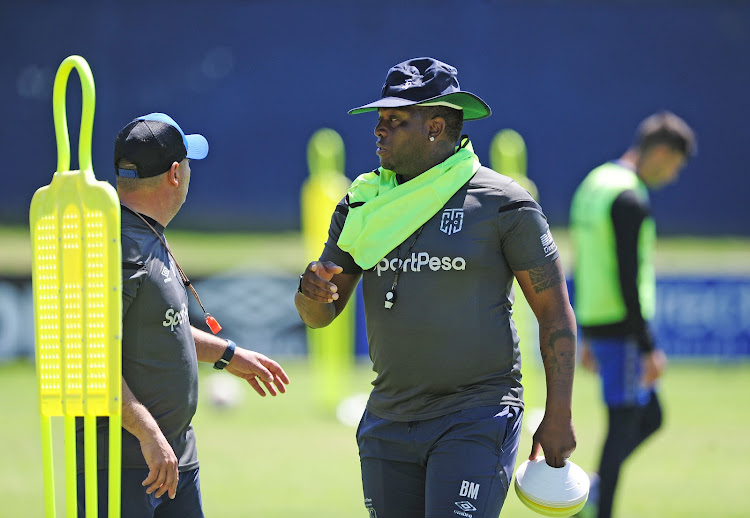 Cape Town City boss Benni McCarthy says his side have a lot to try and correct after losing to Kaizer Chiefs at home in the league earlier this season‚ and says their clash with Kaizer Chiefs in the Telkom Knockout on Saturday could not come at a better time.

Kermit Erasmus scored a quickfire goal in the Absa Premiership match at Newlands at the end of August as City blasted out of the starting blocks‚ only for Chiefs to come storming back to win 2-1.

“It’s a big occasion for everybody‚” said McCarthy on the eve of the cup tie which being played at Cape Town Stadium.

“The form that Chiefs are in at this moment in time makes them the team to beat‚ but I think we take positives from the last game we played against them‚ even though the scoreline did not favour us.

“The way we applied ourselves in that game means we’ve got nothing to fear‚” he insisted.

“In the first half we had a spotless performance but in the second half we slowed down a bit and Chiefs came at us‚ and we didn’t have much of any answer.

“We allowed them to get back into the game.

“If we try and play the way we played in the first half‚ but this time for the full duration of 90 minutes‚ it will be an interesting encounter and a nice challenge for our players.”

McCarthy said he expects the two sides to go at each other.

“We’ve got a lot to try and make right so this game also comes at a good time‚ so we can test ourselves.

“Playing Chiefs is always special‚” added McCarthy‚ whose first senior goal when he was a teenager came against Chiefs but who has lost five of six games as coach of City to Amakhosi.

The nation's soccer lovers set aside their rivalries to celebrate the birthday and legacy of Kaizer Motaung after the Kaizer Chiefs boss turned 75 on ...
Sport
2 years ago