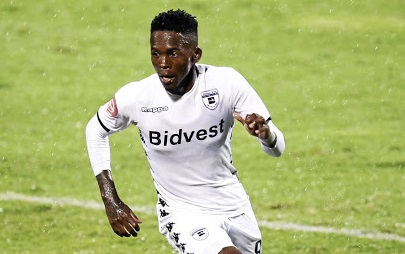 Bidvest Wits midfielder Thabang Monare believes his team were so intent on winning the league title last season that they became lackadaisical in cup competitions.

For a lengthy spell in the previous campaign Wits were in the lead and appeared to be running away with the Absa Premiership crown.

However, a mid-season implosion saw them lose ground and eventually pipped to the title by Mamelodi Sundowns.

They didn't do so well in cup competitions as they exited the Telkom Knockout [TKO] in the semifinals [against Baroka] and were dumped out of the Nedbank Cup in
the quarterfinals by Chippa United.

After also exiting this season's MTN8 early, Monare wants his team to go far in the TKO cup.

Sihle Ndebele speaks to four neutral premiership players to hear their predictions and expectations of this Wafa Wafa decider that kicks off at 6pm.
Sport
2 years ago

"Everything is important and at Wits the next game becomes our priority, so we will be looking to go all the way in this one as with any competition," Monare said.

"We don't want to talk about what comes first or not. We have enough quality to win everything. There were aspects of last season that were disappointing because we didn't win. As a team we are always motivated."

The university side will take on Mariztburg United in the first round of the TKO at the Harry Gwala Stadium tomorrow [8pm]. Monare expects United to put up a tough fight at home.

"It will be tough playing away from home. They are finding themselves and have shown they are a solid team," he said.

"They were not doing so well earlier in the season but now they are on a roll. It won't be easy but we will do our best to ensure we come out tops."

The 30-year-old has good memories of this cup, which the team won two season ago. At a time when Wits was fighting off relegation in the league, they surprised many by clinching the TKO.

"We have shown that we have pedigree in this cup and can do well. We won it the previous season and last season lost in the semifinal."

'Consistency is key to selection'
Sport
2 years ago

Facing Bidvest Wits at Moses Mabhida Stadium is no consolation for Orlando Pirates coach Rulani Mokwena and he still worried that the Clever Boys ...
Sport
2 years ago

The start to 2019-20 has mimicked an all-too familiar pattern at this embryonic stage for Bidvest Wits, as they followed up their opening 3-0 Absa ...
Sport
2 years ago
Next Article