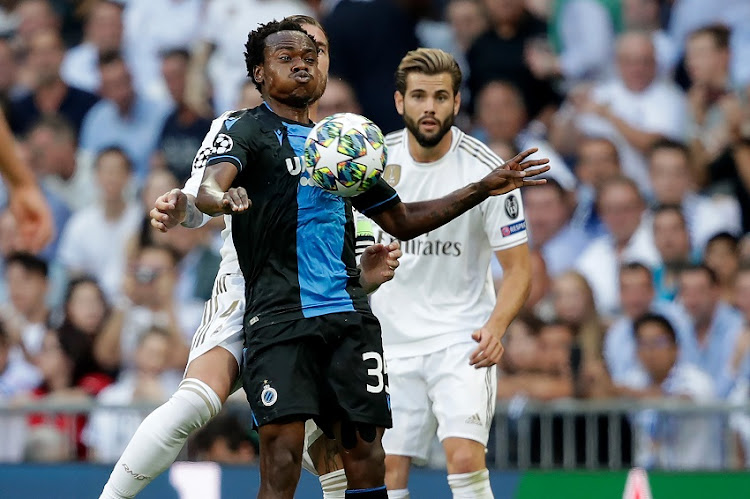 Injury might have prevented Percy Tau from turning out for Bafana Bafana at the weekend but the South African is back in training at Club Bruges and is line to feature in the Belgium club's prestige Champions League clash against Paris St Germain on Tuesday next week.

Tau‚ when was one the heroes of Bruges’ opening group match in the world's top club competition as he helped the club to a shock 2-2 draw at mighty Real Madrid‚ arrived in South Africa last week with an ankle injury.

He was hurt playing for Club Bruges playing against KAA Ghent and was forced off in the first.

Initially new Bafana boss Molefi Ntseki said Tau would be good to go against Mali in the friendly international at the Nelson Mandela Bay Stadium in Port Elizabeth on Sunday but in the end the 25-year-old did not play.

He flew back to Belgium on Monday and on Wednesday was back in the training pitch without any ill effects‚ the Belgian media reported.

But Bruges might be tempted to leave him out on Friday when they go away to Mouscron in the league‚ so that he is 100 percent for next Tuesday’s game against the free-spending French champions.

Tau will‚ however‚ not be lining up on the same field as Neymar … the Brazilian is injured and misses out for PSG.

But Kylian Mbappe is due to make his comeback from injury and at least Tau will share the same pitch at Bruges’ home ground with one of the true stars of world football.