Bad blood between Billiat and Chiefs coach Middendorp? 'I don't know that‚' says the player 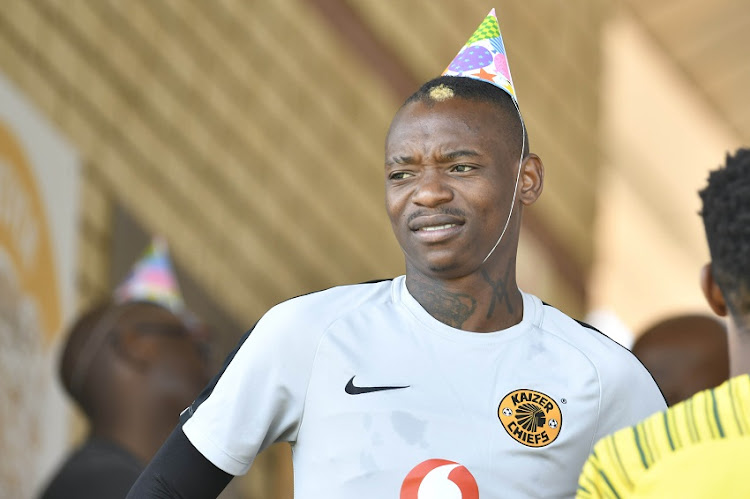 Khama Billiat has insisted that his relationship with Kaizer Chiefs coach Ernst Middendorp is “fine”‚ dismissing speculation of a personality clash.

While Chiefs have gotten off to a good start to the 2019-20 season and lead the Absa Premiership‚ things seem to have been that margin rockier for their key Zimbabwean attacker‚ a star of the group stages at the 2019 Africa Cup of Nations in Egypt in June.

In August‚ Mamelodi Sundowns tabled a reported R15-million offer for a return of Billiat to the club he left just over a year before.

Reports were that the interest from his ex-club was initiated by the player. Chiefs emphatically squashed the move.

It then appeared to take some time for Billiat to be introduced to Chiefs’ starting line-up‚ though he has made the XI for four of their last five matches and was a substitute in the other.

Billiat was asked to respond to speculation of a rocky relationship with Middendorp.

“I don’t know that. Like now‚ I was just greeting him now‚” he said.

“I don’t know where this is coming from. But I’m working with him every day. I’m fine.”

Middendorp last month complained that the player was lacking match fitness when Billiat‚ initially left out of Zimbabwe’s squad for their crunch World Cup qualifier against Somalia on September 5 and 10‚ was then included after the Warriors lost the first leg 1-0.

The player scored a 90th-minute tie winner for a 3-1 second-leg victory to send his country to the next round of the Qatar 2022 qualifiers 3-2 on aggregate.

This past weekend Billiat assured that he and Middendorp had put behind them the public statements both made – with the player having said after Zim’s win in Harare that‚ “nothing comes close to playing for your country”.

On Friday‚ ahead of this past weekend’s Shell Helix Ultra Cup‚ where Billiat laid on all the passes for Leonardo Castro’s hat trick and scored the fourth in Chiefs’ 4-2 win‚ the player had said: “We [Billiat and Middendorp] spoke about it.

“And I had to go since the club allowed me to. Everything was solved‚ and it was solved in a professional way. And we are all professionals.

“It’s part of our career. Things can be said‚ things can be done‚ and we have to accept it and move on.”

Middendorp and Billiat do appear to be smoking the peace pipe.