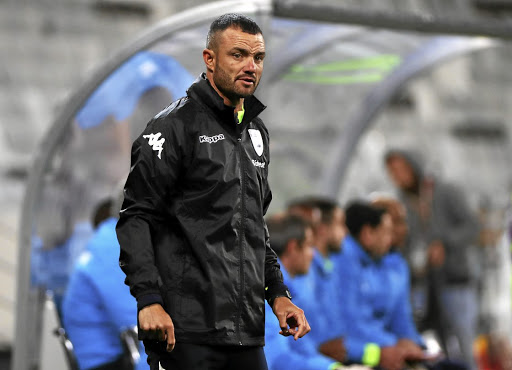 Bidvest Wits have emerged as the early favourites to be the first side to win the extended MultiChoice Diski Challenge (MDC), having impressively garnered nine successive victories.

Under the tutelage of retired left-winger Dillon Sheppard, who also turned out for the club in his heyday, log leaders Wits have put themselves in a commanding position to clinch the extended reserve league with their early blistering form.

The Students reserves lost only their opener, 2-1 to Polokwane City in August. They've since won nine games in succession, scoring an impressive 31 goals and conceding just nine in 10 games.

Sheppard succeeded Glen Salmon, who joined rivals Orlando Pirates before the start of the campaign. Despite their prompt bright form, the Wits MDC coach has downplayed the importance of winning the league, prioritising developing players for the senior side.

"Honestly, it's not about going all the way and [eventually] win the league. We are an academy and we develop players. For us, the only success is when we see our players play in the top-flight," Sheppard told Sowetan yesterday.

The Kaizer Chiefs and Mamelodi Sundowns MDC sides will have to soldier on without their head coaches who are on international duty this weekend, with ...
Sport
1 year ago

Sheppard has attributed their magnificent MDC showings to the club's strong youth set-up. The ex-Mamelodi Sundowns winger aims to send some of his troops out on loan in the second-tier in January.

"What helps us is that 90% of our boys come from our academy, we've not really got players from outside. A lot of them have come through the [Gauteng] Future Champs tournament. most of them also played in the Engine [Knockout Challenge], so it's been a gradual process," stated Sheppard.

"They've got to a very good level now. Obviously, I would like some of them to play at a higher level now, maybe go out on loan in the NFD [now GladAfrica Championship] and stuff like that.