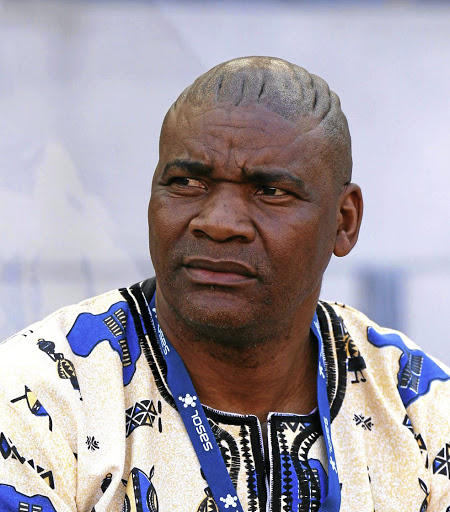 An opening win in the bag, Bafana Bafana coach Molefi Ntseki has now set his sights on the Africa Cup of Nations qualifiers in November.

The national team, who have been drawn in Afcon's Group C alongside Ghana, Sudan, and São Tomé and Príncipe, beat Mali 2-1 in the Nelson Mandela Challenge at Nelson Mandela Bay Stadium on Sunday.

Goals from Dean Furman and Themba Zwane enabled Ntseki to start his journey as Bafana Bafana head coach on a good note.

Their next match will be an Afcon qualifier away against the Black Stars of Ghana on November 14.

"We are not just playing a team in our group to qualify. We have raised the bar to say we want to win the group," the coach said at a media conference after the match against Mali.

"If we win the group that will also help us in terms of CAF and Fifa rankings."

Molefi Ntseki made a successful start as Bafana Bafana coach after Sunday’s 2-1 victory over Mali in the Nelson Mandela Challenge in Port Elizabeth.
Sport
2 years ago

Ntseki says there is a positive attitude in the squad but added that there are no small or big teams in their group.

"We are all competing for the three points to qualify and win the group. I am happy that we won [on Sunday] because if you do things right it builds up the confidence of the players."

The coach applauded the Eastern Cape people for their warmth and support during their stay in Port Elizabeth.

"The people of the Eastern Cape are warm and supportive. We really felt at home here. We really appreciate the support they gave us.

"All of this ended up with a win for the team because the team stayed positive and motivated."