Relief as Percy Tau declared fit for Bafana against Mali 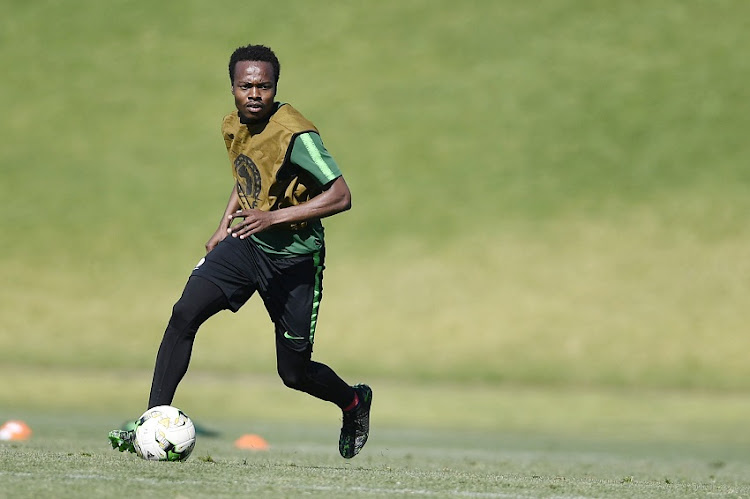 Bafana Bafana received a shot in the arm on Thursday as superstar Percy Tau was declared fit to face Mali in the Nelson Mandela Challenge at NMB Bay Stadium on Sunday (3pm).

Tau did not take part in the warm-up match against Chippa United‚ which ended in a 1-1 draw at the match venue on Thursday.

But South Africa team doctor Dr Thulani Ngwenya delivered the news regarding the Club Brugge striker after training‚ and it is bound to please both team management and fans.

“We have rested Percy Tau today‚” Ngwenya said after the friendly.

“He is not injured he is recovering from an injury‚ so it was just a precautionary rest. Medically‚ I have cleared him for selection‚ so it will be up to the coach if he plays on Sunday or not.

“Otherwise‚ Dean Furman and Lebo Mothiba were also rested [before Wednesday] but Dean played today. So‚ we are free from injuries at the moment.”

Tau was forced off four minutes before the half-time break during Club Brugge’s 4-0 win over KAA Genk in the Belgian Pro League on Sunday‚ having been caught in rough challenge.

The 25-year-old’s injury triggered concerns that he may miss Bafana’s Nelson Mandela Challenge match against Mali.

The forward only joined the Bafana camp on Wednesday after having arrived in the country on Tuesday.

“It was just a call from the doctor to not play in today’s friendly but I think I will be training with the team tomorrow‚” Tau said.

“I will be fit for Sunday’s game against Mali. I want to play that is why I am here‚” Tau said.

Further good news for Bafana is that Furman’s chances of making the starting XI for Sunday’s showdown have improved.

The SuperSport midfielder’s availability was also a concern due to injury. He only started training with the team on Wednesday after having been given some time off.

“Thankfully the medical staff have given me a couple of days to recover since the MTN final and hopefully come Sunday I will be ready for selection like everybody else.”

Furman said the Mali game was a good test for Bafana ahead of the Afcon qualifiers.

“The preparations are going well‚ it’s good to get down here early because the weather here is slightly different from that of Johannesburg‚” the SuperSport United midfield dynamo said.

“We have a few more days now to focus on Mali. We have watched a few of their videos and we have seen how they play but I think the bigger picture is the Afcon qualifier coming up next month.

“So Mali is the perfect team to play being a West African team‚ being big and physical. They are quite similar to Ghana in that respect so in terms of our preparations for the hugely important qualifier‚ I think it’s a very good team for us to face.”