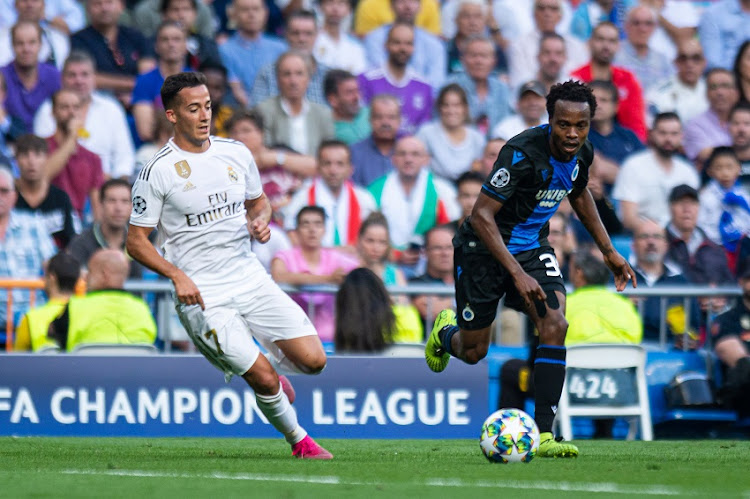 Bafana Bafana star Percy Tau has told the Belgian press that he is juggling tertiary studies with what has turned out to be a busy football schedule with Club Brugge who are playing in the group stages of the Uefa Champions League.

Studying and establishing a career is rare in football but the 25-year-old glamour boy of South African football told Belgian newspaper De Standaard that he is motivated to finish his post graduate diploma in marketing.

“My mother thinks it is important that we think about our careers‚” he said in a rare interview.

“My brothers and I study and my sisters work. One is a policewoman‚ the other works in a beauty salon. When my mother calls me‚ she always asks me about my studies first. Did you do your homework or you must finish that presentation. Then she asks about football like who are you playing against and about my life and how I’m getting on.”

Tau‚ who is one of not so many professional footballers with a tertiary qualification‚ graduated last year.

“But now I’m doing a postgraduate degree in management‚ researching strategic management‚” he said adding that he fits that work in between training‚ playing and traveling.

“It all comes down to time management‚” he told the newspaper.

“I can do my research on my phone and if I don't understand something‚ I ask for an explanation by e-mail. But that happens less and less‚ I do research on my won. When I come across something interesting‚ I take a screenshot and save it. If I have to go to a library or some other institution‚ I will ask for help.”

Tau played last week for his Belgian club at Real Madrid and when he returns from his Bafana Bafana assignment next week‚ will be up against Neymar and Paris St Germain in the next Champions League group game.

His achievements in Europe‚ which includes winning the award for the best Belgian second division player last season‚ have been widely hailed back home.

He is well aware that Club Brugge is now suddenly popular with South Africans‚ who have flooded the club's social media platforms.

“It's nice to have their support‚” added Tau. “Frankly‚ I have no explanation as to why they are so fanatic. It is something that I have always known. People love what I do and South Africans are generally proud of fellow countrymen who make it abroad. “They see me as a role model and a source of inspiration. That's nice. “Even though they don't know what battles I sometimes have to fight‚" he added.