Ex-schoolmates to face off in Wafa Wafa final 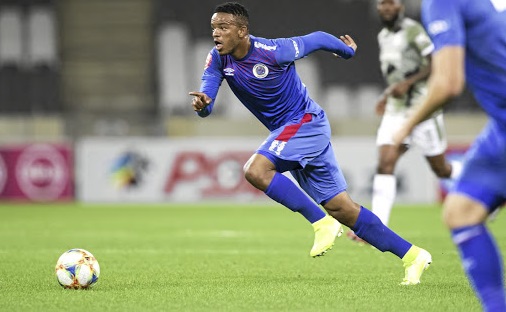 Unitas High School will be well represented in the MTN8 final on Saturday as three of their former pupils are set to take part in the clash between SuperSport United and Highlands Park.

Sipho Mbule, 21, and Teboho Mokoena, 22, will be on the United side, while Luckyboy Mokoena, 25, is set to feature for Highlands at Orlando Stadium (6pm).

The trio got their education at the school in Welkom, Free State, and were part of the renowned Virginia Sports Academy (now Harmony Academy).

Luckyboy will have a hard time in defence trying to contain the in-form playmaker, Mbule.

"It will be a fight in the final because they will want to prove a point. It won't be easy, it will be very difficult," Luckyboy said.

"They will be hungry to succeed in the final. But as Highlands, we want this cup and feel it's our opportunity to achieve something."

Teboho Mokoena and Sipho Mbule 'too good' to stay in PSL

Virginia Sports Academy coach Pitso Mokoena is not surprised by the exploits of Teboho Mokoena and Sipho Mbule as the mentor foresaw that the boys ...
Sport
2 years ago

Mbule, on the other hand, is eager to play in his first professional cup final after missing last year's finale.

"I am looking forward to the final and hopefully doing well and winning the cup," he said. "It won't be easy because Highlands are a difficult opponent, with a strong defence."

Irrespective of the result, their former high school will have its second winner in the R8m cup final. Teboho won it in the 2017-2018 season.

Luckyboy could even hoist the trophy for the Lions of The North as he been handed the captain's armband in the past few games.

"It's a privilege and honour to be captaining the team. I still have to work hard to help the team achieve something," he said.

The chap from Koppies, in Free State, said the final will be a proud moment in the history of Harmony Academy.

"It is a big achievement because it will be the first time we have three players from the academy in a final.

"When you are there you must work very hard. You are taught many things and hard work is the major one."

SuperSport United have advanced to their third consecutive MTN8 final after outwitting local rivals Mamelodi Sundowns with a 2-0 win in the semifinal ...
Sport
2 years ago

MTN8 cup glory continues to elude Pitso Mosimane after Mamelodi Sundowns were convincingly beaten 2-0 by to SuperSport United in the second leg at ...
Sport
2 years ago
Next Article