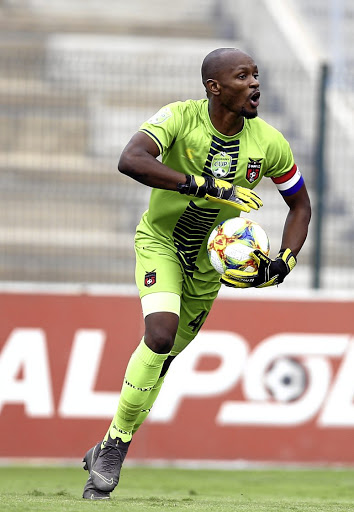 For TS Galaxy, the main aim of participating in the CAF Confederation Cup is to gain experience and exposure, according to the club's skipper Ludwe Mpakumpaku.

Galaxy are one round away from securing a spot in the competition's group stages.

By managing to get past two rounds, the GladAfrica Championship outfit have already sent a strong message to other clubs on the continent.

Having managed a convincing 4-1 victory on aggregate over Madagascar's Cnaps FC last weekend, Galaxy are now waiting to be pitted against a team that will drop down from the CAF Champions League.

"The results are coming automatically, we are not too focused on winning but our main goal in the CAF Confederation Cup is to gain experience and explore how things are done on the continent," said Mpakumpaku.

"Maybe by approaching it [Confed Cup] as a learning curve, we can do the unthinkable. You remember even in the Nedbank Cup final [against Kaizer Chiefs] no-one gave us a chance but we went on to be champions."

Mpakumpaku, 26, also shed some light on what many perceived as a horrible reception by their hosts, St Louis of Seychelles, in the competition's preliminary round second leg tie in August.

Upon arrival in Victoria, Galaxy were provided a tiny school bus that hardly accommodated the entire squad, with some staff members and luggage transported in a mini-truck.

"Yes, the reception wasn't that great but in terms of the transport I think they gave us what they have in their country. I don't think it was about trying to distract us," Mpakumpaku reflected.

"In those countries the standard of infrastructure's somewhat low so we had to adjust... and accept anything. It was a great experience because now we know what to expect in this tournament going forward."

Galaxy have since shifted their attention to the GladAfrica Championship and will face Free State Stars at Goble Park on Saturday.