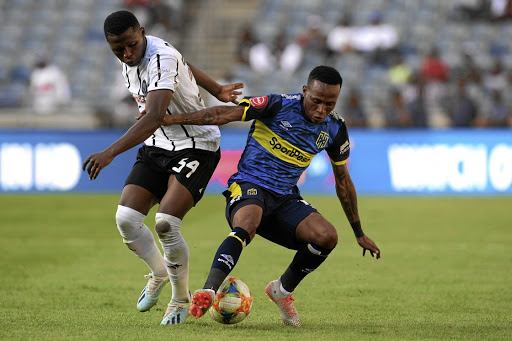 This is the sentiment of one of Pirates' development coaches Mandla Qhogi, who mentored Monyane,19, in his childhood, having arrived at the Buccaneers when he was only 11 years old.

Before his graduation to the senior team, where he has since been dubbed as "the best right-back in the country right now" by Bucs coach Rulani Mokwena, Monyane was adept at scoring and creating goals as a centre-forward.

"Thabiso is a multifunctional player because at our under-13 level he was a centre-back. At some stage we used to play him as a striker or a winger. The only position he cannot play is goalkeeper," Qhogi told Sowetan yesterday.

"His preferred position is anywhere wide. defensive or offensive it's the same for him. He likes to play into spaces because one of his strengths is speed, so it's easy for him to utilise that strength of his in wide areas rather than playing in congested areas,"

While he predicts a brighter future for Monyane, Qhogi doesn't agree with Mokwena's views that the Tembisa-born youngster is already the best in SA at right-back.

"I wouldn't say he's the best, but he's one of the players that can be groomed to be the best. He's still very young. I see him in Europe in the next two seasons," Qhogi said of the player who has already started three of the six league games he's featured in this season.

"Sometimes he overruns with the ball and it ends up going away from his feet and also his decision-making still needs some touch-ups," he said.